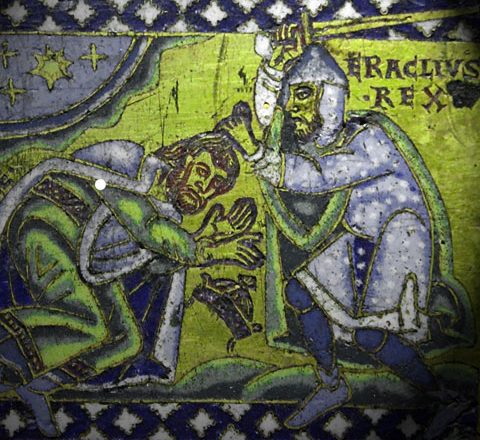 This article was originally published at Washington’s Blog.

We’ve gotten to the overlord and serf level.

Today, as the rich get richer and the poor get poorer, it seems we are approach[ing] a new Middle Ages in America, as inequality increasingly spreads through the land. It is as if the super-rich are like the new royalty and the top 1 percent are living in mansions like the old castles of kings in the kingdoms that eventually melded into Europe and the U.K.

This situation is much like what existed in the Middle Ages, with today’s poor underclass much in the position of the peasants, and the super-rich like the nobility ….

The 85 richest people have as much money as the 3.5 billion poorest people (that’s half of the entire world population).

The global 1 percent has increased their wealth from $100 trillion to $127 trillion in just three years.

[Each year since the 2008 recession], the 1 percent took in anywhere from $2.3 trillion to $5.7 trillion per year. (All numeric analysis is detailed here.)

[T]he middle class is disappearing at the global level. An incredible one of every ten dollars of global wealth was transferred to the elite 1 percent in just three years. A level of inequality deemed unsustainable three years ago has gotten even worse.

It was recently reported that just 47 individuals in the U.S. own more than all 160 million Americans (about 60 million households) below the median wealth level of about $53,000.

But Forbes keeps building up the numbers. As of November 8, 2014 just 43 individuals own as much as the bottom half of America, based on the Credit Suisse Global Wealth Databook (GWD).

Just one rich family, the six heirs of the brothers Sam and James Walton, founders of Walmart, are worth more than the bottom 40 per cent of the American population combined ($115 billion in 2012).

A recent posting detailed how upper middle class Americans are rapidly losing ground to the one-percenters who averaged $5 million in wealth gains over just three years.

The information came from the Credit Suisse 2014 Global Wealth Databook (GWD), which goes on to reveal much more about the disappearing middle class.

America’s bottom half compares even less favorably to the world: dead last, with just 1.3 percent of national wealth. Only Russia comes close to that dismal share, at 1.9 percent. The bottom half in all other nations own 2.6 to 10.2 percent of the wealth.

And the above figures are underestimates … because the very wealthy hide much of their wealth in offshore accounts which are hard to account for.

The head of the Federal Reserve said last month that inequality levels are rising, and are near 100-year levels.

And studies confirm that America is now an oligarchy, not a democracy.

The lords are truly trying to make us all into serfs. History may be repeating.

“By Any Standard, Wealth Inequality At Historic Levels” Since Recovery From 2008 Economic Crisis