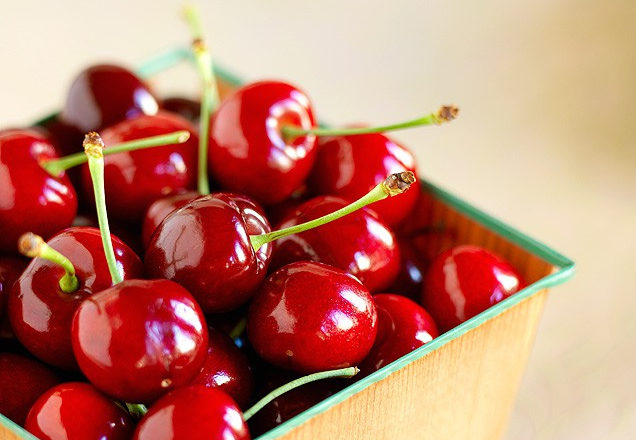 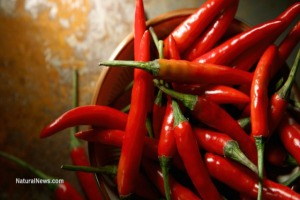 It is your body’s way of telling you that something is amiss — pain, and for many people, the chronic variety that only the constant use of painkillers seems to mitigate. The advice of many conventional doctors is to just pop a few aspirin or ibuprofen when it shows up and go about your day. But is this approach really effective or safe?

As you may already know, many pharmaceutical painkillers are derived from plants, herbs, and other substances that possess natural painkilling properties. You won’t typically hear about these natural sources of pain relief from the media because they aren’t big moneymakers for drug companies, which reap billions of dollars selling you synthetic, patented imitations that more often than not come with harmful side effects.

In the case of ibuprofen and aspirin, these side effects include things like anemia, DNA damage, hearing loss, hypertension, miscarriage, influenza mortality and heart disease. Worse is the fact that these pharmaceutical painkillers mainly just cover up the pain, doing nothing to address its cause while inflicting further harm from deadly side effects.

The good news, though, is that there are plenty of natural ways to relieve pain without destroying your vital organs and risking an early death. And in some cases, these natural remedies can actually help your body heal from whatever is causing the pain in the first place.

1) Cannabis (marijuana). The first and arguably most effective natural pain reliever is cannabis, or marijuana, which scientists from the U.S. Institute of Medicine (IoM) have determined treats all sorts of pain, both chronic and acute. As it turns out, the human body contains cannabinoid receptors that respond to marijuana cannabinoids such as tetrahydrocannabinol (THC) and cannabidiol (CBD).

As explained in the book Marijuana As Medicine?: The Science Beyond the Controversy, published by the National Academies Press, peripheral nerves throughout the body that detect pain sensations contain abundant cannabinoid receptors, which are directly activated by the cannabinoids found naturally in marijuana. When consumed, cannabis effectively blocks pain, including extreme pain caused by autoimmune diseases and cancer, without causing harmful side effects.

2) White willow bark. The natural herb used to produce aspirin, white willow bark, contains a substance known as salicin that, upon entering the stomach, turns into salicylic acid. This powerful substance is recognized in the scientific literature as an effective remedy for inflammation, fever, gastric upset and various other forms of pain. Both traditional Chinese and European medicine favor white willow bark as a treatment for headaches, lower back pain, osteoarthritis and inflammatory conditions such as bursitis and tendinitis.

4) Capsaicin. Primarily a topical pain reliever, capsaicin helps relieve nerve, muscle and joint pain by blocking a chemical in the body known as “substance P” that transmits pain signals to the brain. Since it is found naturally in chili peppers, capsaicin cream can very easily be made at home by mixing cayenne pepper powder with a delivery oil such as almond or jojoba, along with beeswax. An excellent recipe for this is available here: EverydayRoots.com.

5) Cat’s claw. Also known as Uncaria tomentosa, or una de gato, cat’s claw is a South American herb that contains powerful anti-inflammatory agents that aid in naturally blocking production of prostaglandin, a hormone that contributes to pain and inflammation. It has been used for hundreds of years in traditional medicine, and modern science has found that it can promote DNA repair, joint health, immune function and normal cell division.

6)Omega-3 fatty acids. Sometimes referred to as grease for the joints, omega-3 fatty acids like the kinds found naturally in salmon, krill, skate and other sea animals, as well as hemp, chia and flax seeds, are a powerful and all-natural anti-inflammatory medicine. They are constantly being reported to help ease chronic pain and inflammatory conditions, as well as reduce the risk of cardiovascular disease.

Rheumatoid arthritis sufferers can also benefit from omega-3s, which have been shown to help relieve joint pain and morning stiffness, as well as quell inflammation naturally, potentially better than non-steroidal anti-inflammatory drugs (NSAIDs).

7) Curcumin. One of the primary active components in turmeric, curcumin is widely regarded as a potent painkiller. Similar to capsaicin, curcumin helps block pain signals from reaching the brain, and chronic pain sufferers report dramatic relief from taking it daily. And the BCM-95 variety of curcumin in particular reportedly fights the joint-damaging effects of arthritis by targeting a range of inflammatory targets all at once.

This article has been written by Jonathan Benson, and first published on Ready Nutrition.

About the Author
Latest Posts

Ready Nutrition
About Ready Nutrition
Tess Pennington is the author of The Prepper’s Blueprint, a comprehensive guide that uses real-life scenarios to help you prepare for any disaster. Because a crisis rarely stops with a triggering event the aftermath can spiral, having the capacity to cripple our normal ways of life. The well-rounded, multi-layered approach outlined in the Blueprint helps you make sense of a wide array of preparedness concepts through easily digestible action items and supply lists. Tess is also the author of the highly rated Prepper’s Cookbook, which helps you to create a plan for stocking, organizing and maintaining a proper emergency food supply and includes over 300 recipes for nutritious, delicious, life-saving meals. Visit her web site at ReadyNutrition.com for an extensive compilation of free information on preparedness, homesteading, and healthy living.

3 natural pain relievers that are as powerful as drugs, without the side effects

Money and Control: Why the FDA is Cracking Down on Natural Medicine Supplies