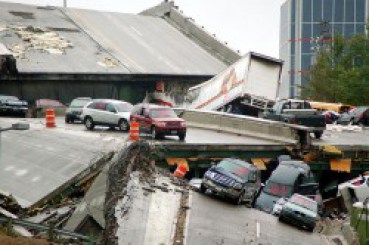 Are you truly prepared to survive what is coming?

It could prove to be the darkest period yet for modern civilization and the age of technocracy.

An EMP, a natural disaster, a nuclear attack, an economic collapse or a declaration of martial law rank among just some of the worst scenarios that could befall our society. And if you are not prepared, you will fall along with the masses.

Not long ago, the London Guardian interviewed global crisis expert and author Nafeez Ahmed, extracting lots of great info to think about prepping for survival.

Ahmed, who was involved with advising on a video game that included realistic portrayals of crisis aftermath, brought up lots of good points, including basics like:

1. Don’t hole up alone with hundreds of tins of baked beans
“There’s a survivalist response which is ‘I’m going to hide away all by myself’,” says Ahmed. “You’re probably not going to survive like that – you have to cooperate with other people… The more people who band together, the more likely you are to be able to rebuild something like a society.

2. You need to go rural … but not too rural
“Cities are found to be extremely vulnerable simply because there are so many supply chains that are interdependent… People will be competing with each other for these scarce resources, which creates violence… You need a group of differently skilled people who can work cooperatively in order to build your own supply chains and flourish…”

Read more : Communications After an EMP

3. You need access to running water and agricultural land
“There’s also the need to grow your own food,” says Ahmed. “Again you’re better off doing that with a group of people on a large area of land where you can apportion labour. That’s not going to work as well in an urban environment.”

5. Don’t necessarily trust the government or law enforcement
All major governments have contingency plans in place to ensure their survival after a global disaster…. What we can be fairly certain of, however, is that it will involve the suspension of constitutional government and the instalment of martial law. To some degree.

But the most interesting discussion was on communications during a survival situation.

Read more : Should you get a Ham Radio License or Hide from the Government?

Of course, a lot of it has been brought up by different survival sources, but it is amazing how inventive people could be in setting up networks, even if the main internet went offline or was inaccessible.

4. Establish communications
The basic method of acquiring information will be a wind-up or solar-powered radio. However, to actually communicate with the outside world, or with members of your community, you may be back to walkie-talkies, two-way radios or even a citizen band radio…

Apparently, using a few repurposed items in tandem with alternative sources of energy could go a long way, and in the right configuration might even successfully set up a worthwhile local network. 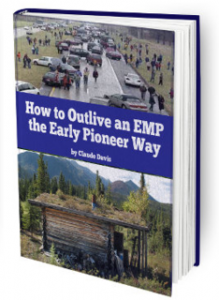 If the internet providers and content sources go down, you can go it alone on a small scale, according to Ahmed:

Your best option, then, may be to set up your own community computer network – and the most sensible technology would be Wi-Fi, as the components are easily available. “You could loot a PC World for broadband routers and then hit a garage or supermarket for some Pringles cans,” says Bloch. “With those, you can probably build a reasonable network across a scorched suburb.”

Why a Pringle can? Well, it can be used to create a cantenna which would be capable of boosting a Wi-Fi signal from your computer. “Some students in Kansas made a cantenna that transmitted over 100 miles a few years ago,” says Bloch. He suggests using a cheap Raspberry Pi as the combined communications hub and router (although a basic netbook may be a good alternative). “I ran an old Pi off four AA batteries for four hours just to play a video game a while back, and that was wasting power on bluetooth and speakers. They can shift a lot of traffic, and run little servers, so I imagine you could run tiny hubs off a car battery for 1-2 weeks at a time.

“If you ran an old-school email network off those, it’d be quite handy and expandable piece by piece as you contacted neighbouring villages, cleared the zombies out, etc. I guess that’s the nice thing about the internet: the oldest protocols still adapt to this situation. I think some people really want to see this happen, just so they can prove it.”

A Pringles can to create a “cantenna” for wifi transmission? That bears some further explanation:

Getting a wifi antenna from pringles tube (DIY Cantenna)

Along with a number of low tech alternatives, there is also the chance that you and a network of survivors could piece together a wireless mesh network with radios or cell phones:

It’s all very technical, so if you are serious about survival, it is obviously essential to test it before things collapse. Nevertheless, it offers up some rewarding possibilities.

According to Ahmed, who posts his work regularly to his personal website, it would be

“a long time before everything is safe… If you really wanted to stay safe, I think you’ll need to survive for a decade before civilisation sorts itself out.”

There are too many scenarios to list here, and every reason to think the world is titled towards ensuing chaos, and a grander attempt at “order out of chaos” than anyone has yet seen.

Tips for Bow Hunting for Survival