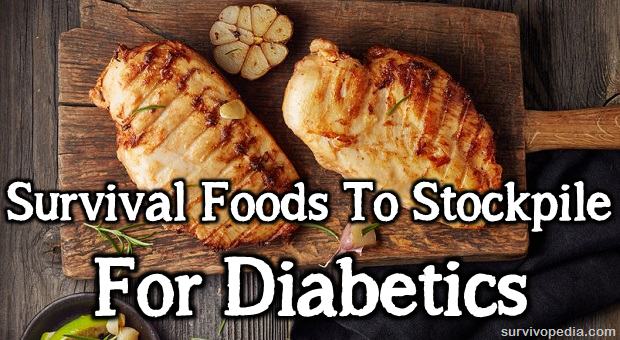 If you’re a diabetic, preparing for a disaster can be particularly challenging especially if you’re insulin-dependent. I’ve recommended increasing physical fitness in many of my other articles but I really want to stress it again, especially for Type 2 diabetics.

In the last decade, the number of Americans with Type 2 diabetes has increased by a whopping 50%, and many of those cases are attributed to diet and lack of exercise. If you have Type 2 diabetes, excess weight only spreads insulin across a larger area, which in turn makes it harder to keep up.

That being said, if disaster strikes and you ARE diabetic, stockpiling foods can be a challenge especially if you’re insulin-dependent.

If you continue to overtax your system, your body may stop making insulin altogether. In that case, you will be stuck along with the Type 1 diabetics who are completely insulin dependent. If your body doesn’t produce any insulin at all, it’s imperative that you stockpile your insulin in order to survive, but you already know that.

Knowing the rules of the glycemic index will help you reduce insulin need and also make sure your blood sugars stay in a normal range.  This will help you fight infections and ensure you will heal faster if you are injured. Basically, foods high in fiber and protein slow down digestion. Since carbohydrates can only be absorbed in certain parts of the digestive system, they will pass through instead of getting into the body.

“Protein pairing” (aka eating some protein first before carbohydrates or choosing protein/carb mixed foods) is one of the best ways to prevent blood sugar spikes and other problems. Foods high in sugar are either converted to fat and stored away or turned almost instantly to glucose and released rapidly into your blood stream. Always be wary of high fructose corn syrup and other processed sugars because they break down into 2 – 3x the number of glucose molecules that would be found in other foods.

How fast your body breaks down the food and releases the sugar that it contains is what you need to control, so you obviously want to shoot for high-fiber, high protein, low sugar foods. The goal for you is going to be finding the correct balance that ensures enough carbohydrate intake to sustain metabolic processes without causing blood sugar spikes or excess fat burning (which can lead to permanent kidney damage).

Typically, when certain cells in the body detect sugar in the blood, it signals the body to release insulin, which is sort of a key that unlocks your cells to allow the glucose in to be used as energy. As a Type 2 diabetic, your body is either resistant to the insulin that your body produces, or your body produces insufficient amounts.

Either way, foods that release sugar rapidly can be deadly to you because that sugar builds up in your blood. When that sugar level gets too high, your body will shut down insulin production (as strange as that sounds) and try to excrete the glucose in the urine. As your blood chemistry spirals further out of control, acidiosis and coma may occur.

So yeah. You need to watch what you eat. Let’s get to that.

It is possible to cut back carbohydrate intake, however you have to very careful about that. Work with a nutritionist that is qualified and willing to help you create a low carb diet, or ask your doctor for self-help guides. About 50% of doctors today are open to low carb diets and will help you; so if you find one that is opposed, look elsewhere.

If you do some research, you are bound to find information on something called “ketone burning” for athletes. It is very important to realize that these “no carb” or dangerously low carb systems can be fatal to a diabetic.  You cannot go for weeks and months on end without taking in carbohydrates and expect to emerge in good condition (otherwise Type 1 diabetics would be doing this instead of taking insulin).

When athletes use these programs, they have to monitor their urine very carefully and watch for signs of excessive ketones. While many won’t talk about it, they may also be doing permanent kidney damage that will put them on dialysis sooner rather than later. Obviously, that would be catastrophic in a survival situation since you won’t be able to get this life saving treatment.

You’ll note below that some of the foods that I list as “off the list” typically aren’t but I’m putting them on this list because they DO spike blood sugar and eating them alone or in large amounts could be disastrous. Considering I don’t know how severe your or your loved one’ diabetes is, I’m assuming the worst sort that can’t be easily controlled by diet.

If you’re a diabetic in a survival situation, there are going to be foods that you need to avoid like the plague. Breads, sweets, flour, rice, pasta, starchy vegetables and most fruits are going to be out, unless you know that you can bring blood sugar levels down with intense physical activity and plan to be moving around a lot.

Again, knowing your limits and carbohydrate usage profiles will give you a better set of options that simply going with one list or another.  If you have a blood sugar meter, start making use of it to get answers to these questions.

Exercise can raise your blood sugar temporarily afterward, however once it comes down, the increased metabolic rate will last for a few hours. You may, in fact, need some starchy foods to help even out these spikes and surges, especially if you are on insulin or diabetes medications.

Starchy (which is a complex carbohydrate that gets broken down into glucose) vegetables include potatoes, corn and peas – are usually off the list. It’s not that these veggies are necessarily bad for you, but they’re high in carbs so you need to avoid them unless you’re eating a small portion with something high in fiber or protein, such as beans.

You have a wide variety of foods that you can choose from.

One of the first high-fiber, protein-rich foods that come to mind are beans. Assuming you have your insulin or your body is able to produce some of its own, beans have so much fiber that they actually help slow down other types of carbs as well. They’re also rich in vitamins and minerals so consider dried beans a staple in your stockpile. 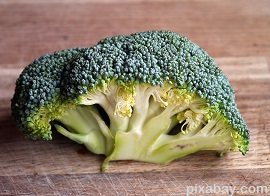 Obviously, green vegetables are going to be a good source of nourishment for you, too. Most greens have little to no carbohydrates and are extremely high in fiber.

Broccoli, especially, is a good food for you to grow in your survival garden, can or dehydrate because it contains chromium.

Chromium is a mineral found in meats, whole grains and some fruits and vegetables. It’s good for diabetics for two reasons. First, it’s been shown in some studies to boost insulin production. It’s also been tentatively shown to be directly involved in carbohydrate, protein and fat metabolism.

Though the American Diabetes Association says that results are inconclusive, there’s no upper dosage of chromium (meaning it hasn’t been shown to have an “overdose” dosage), it can’t hurt to assume that the studies showing good results are correct.

This is where most of your protein is going to come from. Choose lean meats because they offer all of the protein that you need without clogging your vessels with garbage that can lead to heart disease, nor do they contain fat that can be converted into glucose. 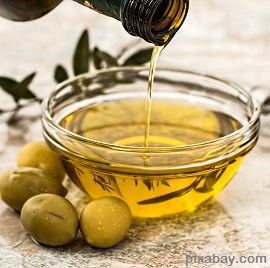 Healthy fats, especially olive oil and coconut oil, are something that you should stockpile because they have been shown to reduce inflammation that’s linked to both diabetes and heart disease.

The monounsaturated fat in these oils won’t increase insulin resistance like butter does and it may actually help reverse it.

Adding oatmeal into a diabetic-friendly granola bar or loose granola makes for great travel food if you need to bug out. Dried berries and nuts would also be great to add.

Just make sure that you aren’t prone to glucose spikes when consuming oatmeal. Some diabetics can eat oats with no problems while others will spike over 300 from just half a cup, and then stay at an elevated level for hours.

If you don’t like oatmeal, use oat flour mixed with eggs to bind your granola bars or use the oat flour to thicken soups and stews.  Avoid artificial sweetener because these “fake sugars” can turn into glucose or actually impair insulin production. 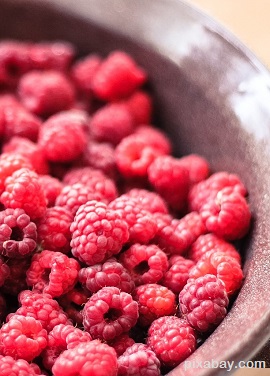 All berries are good for you because they’re packed with fiber and provide antioxidants. Dry them or can them.

Just be careful, especially if you dry them, to eat them in a limited amount and consume them with other foods, such as oatmeal, that add further fiber to help with the sugar in the berries.

Citrus fruits such as grapefruits, oranges and mango are great sources of fiber and many nutrients that are beneficial to your health. Apples are also super high in fiber and relatively low in sugar. All of these fruits are good to dry or can, but don’t add sugar! 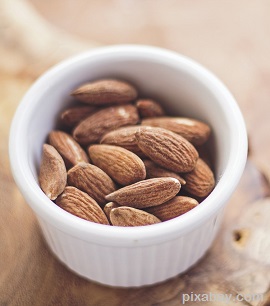 Nuts and seeds are extremely high in fiber as well as good fats including omega 3’s and protein that all work together to keep your blood sugar low.

Peanut butter is a great way to feel full longer and increase fiber and monounsaturated fats.

As I’ve already stated, you’re best way to prepare for survival if you have Type 2 diabetes is to do what you can to get it under control now. A small percentage of Type 1 diabetics have the disease due strictly to genetics despite a healthy lifestyle. The vast majority of people with diabetes can control it with a healthy lifestyle that includes eating right and exercising.

If you are preparing for survival as a diabetic, the advice in this article may be useful in helping you do so. If you have anything to add, please feel free to do so in the comments section below.

2 thoughts on “Survival Foods To Stockpile For Diabetics”