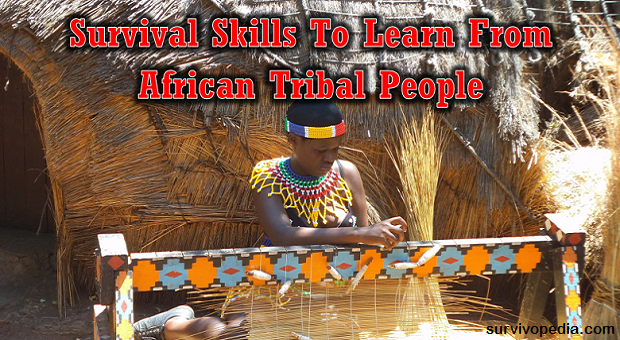 Africa is said to be the cradle of civilization, and also one of the most fascinating people on Earth. In order to survive there, humans have had to adapt to harsh weather conditions and develop survival skills that easily rival and surpass those found in other cultures.

Today, some African people still live off the land, follow the same traditions, and use the same survival skills as their forefathers. Even though these ways are vanishing because of numerous factors, we can still learn a lot from what we know of the native ways.

Basically, while we are enjoying an easy life of dependence here in the US and benefiting from all the 21st century advantages, there are still indigenous people in Africa living off the land. They do not have the benefits of high-tech devices and technologies. If they have running water, electricity, or even reliable sources of food, it is the exception that can be taken from them at any moment by nature, warfare, terrorism, human perversion, and human greed.

The Lost Ways is a far-reaching book with chapters ranging from simple things like making tasty bark-bread—like people did when there was no food—to building a traditional backyard smokehouse… and many, many, many more! Watch the video: 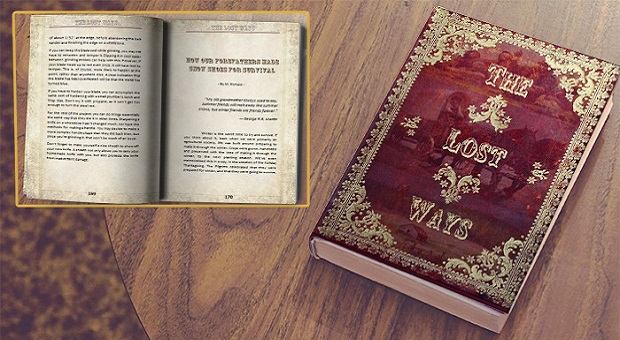 While Africa may be progressing in terms of technological and green development, there is still much to be said for the older ways. Africans are born survivalists, so lets’ try to pick their brains, searching for the ultimate survival guide, Made in Africa!

Do you remember the holy trinity of survival? The basics are water, food and shelter, and they’re absolutely crucial in any survival situation, regardless of your location or scenario.

Related: Surviving Heat: How To Get Water From Plants

Finding Water in the Wild

Since living without water is not possible for more than 2-3 days (depending on various factors, like weather, health issues, age, etc), let’s start with the obvious and most important survival issue: how to find potable water as they do in Africa. 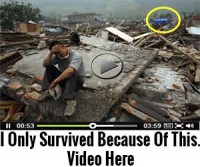 In many urban areas of Africa, potable water scarcity is often caused by poor infrastructure and high density population. Deep in the jungle (even if very little of Africa these days is jungle), among ancient African tribes, finding water is a matter that would make a 10 year old laugh. Finding water in a jungle is not a problem if you know what you’re doing. African kids start their education not with arithmetic and English literature, but as true preppers.

Jungles are by definition “wet” places, hence collecting rainwater comes as a no-brainer. Africans use the big leaves in the rainforest for collecting rain water (if any) or the morning dew in the worst case scenario.

The same strategy can be used by any prepper. You’ll only need a container for storing rain water or dew and a big leaf (or something similar, like a sheet of plastic). Put the leaf/plastic over the container at an angle and leave it there overnight/during a rain episode. In the morning, you should have perfectly safe to consume drinking water within the container. Don’t worry if the rainwater/dew has an unusual taste, that’s due to the lack of certain minerals , as opposed to water from the rivers and lakes.

Another trick Africans use for getting potable water (and you can use it too), is to follow the tracks of wild animals which may lead to a nearby stream. But if you find a source of running water, you should be cautious and boil it first in order to destroy the parasites/bacteria. If you don’t purify your water you risk getting ill from various diseases, so try to boil the water for at least 10 minutes, play it safe. In order to avoid problems related to heavy metals, it may be better to avoid boiling the water, since it will only increase the concentration of heavy metals, pesticides, and other toxins.

Instead, try putting the water in a clear plastic bottle and leave the water in the sun for a few hours. The UV rays from the sun will kill pathogens without increasing the concentration of heavy metals and other chemicals in the water. In the end, your best bet may still be distilling the water or using an evaporation system (basically a pit in the earth where clean water can collect on a plastic sheath above and then drop down into a waiting vessel).

Green bamboo and certain species of jungle liana contain clear/odorless/potable water inside, that you can drink safely.

To access this source of water, all you have to do is to bend the top of a green bamboo tree 1ft off the ground, then tie it off and cut a couple of inches off the tip, place a receptacle underneath, then leave it there for a few hours to collect plant-water. This trick only works in the jungle/with certain species of plant life, i.e. in South America or Africa. Here’s an interesting video about how to find water in the Kalahari desert, I find it fascinating.

Related: 15 Top Wild Edibles That Can Save You in the Wild

With water taken care of, let’s see about food. When talking about wilderness survival tricks learned from Africans, I can summarize them as it follows: hunting, wild game processing, and edible plants scavenging. I mean, that’s what hunter-gatherers used to do for hundreds of thousands of years: hunting game and scavenging for all sorts of edible stuff (plants, seeds and what not). 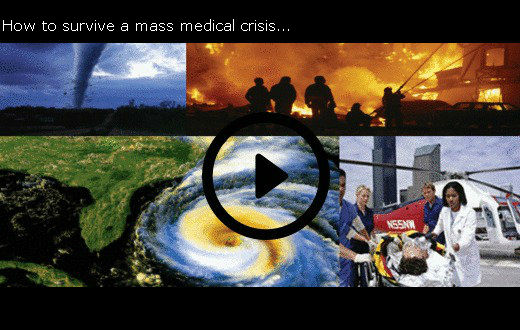 Hunting is an ancient art, and in a survival situation, you should learn how to hunt without a firearm. Basically, you should know how make a bow and arrows, plus know how to use them. Target practice and other exercises can help you develop your skills and also help you find errors in your weapon designs. Besides bows and arrows, you can always hunt with a spear or by throwing rocks with a slingshot.

Along with hunting, you must learn the ancient art of laying traps, snares, bird traps, lures and baits, together with skinning /cleaning small game.

Before becoming hunters, or due to lack of wild game, ancient African tribes used to eat leaves, roots, fruits, wild grain. Basically, that’s the lesson to be learned from Africans: you can always live off the land, provided you know the edible plant species in the respective area.

And if you can’t make a fire without matches/modern stuff, your chances of survival will be severely diminished. You must learn and practice several methods for making fire using natural resources, so you’ll be prepared for any eventuality. Additionally , learn how to build and sustain a camp-fire.

Staying Safe in the Wild

Africa is a place populated by dozens of species of wild animals, some of them carnivorous, hence knowing how to shelter themselves from various animals and stampedes of animals is an essential skill to learn for Africans. So, let’s see how Africans scare off elephants, and how that skill can be used on other animals.

Even if you have no weapons, you can always use several tricks to stay on the safe side. The most effective tricks include never storing food at your campsite, at least not exposed, keeping your voice down and always keeping a fire burning on the premises.

Let me show you an amazing clip with Maasai people stealing food from lions, that should teach you that even lions can be scared off easily.

Africans also use the sound of drums for keeping wild-life away, so making loud noises may help when you have no other options. Generally speaking, wild animals will not attack you unless provoked or very hungry.

Not Getting Lost in the Wild

Now, let me share with you another cool trick to learn from Africans : the basics of navigating via the stars and the moon.

Related: 9 Wild Edibles To Find In The Desert

It may sound obvious, but the Sun rises in the East and sets in the West, while the North Star is better than any compass when it comes to determining true North. However, you can always use the floating pin on a leaf method for determining North, or when corroborated with other observations, vegetation growing on the north side of the trees (mosses and lichens sometimes grow better on the northern side).

While in the wild, survival must be your top priority, but don’t forget to prepare a rescue signal and also be be ready to get out of the area ASAP.

Fire is an excellent rescue-signal, along with a reflection mirror (if available) and/or colored rocks (in contrast with the ground) spelling HELP or SOS. The letters must be at least nine feet tall in order to be seen by pilots from the air.

Last but not least, when it comes to wilderness survival, always carry a good survival knife and/or an emergency kit, it’s better to have them and not needing them than vice-versa.

I think that about sums it up for today. If you have any other ideas or comments, feel free to comment in the dedicated section below.