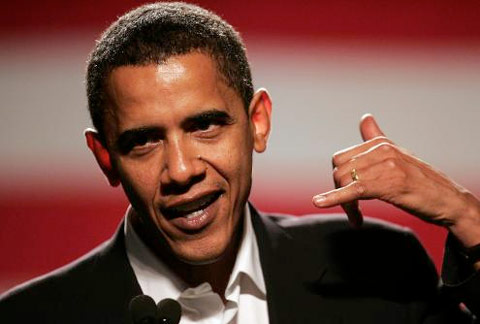 Among the free entitlements offered to lower-income individuals and those less fortunate are free cell phones subsidized by tax payments from the middle class. The program, originally designed under President Ronald Reagan and pushed into the mainstream by President George Bush, has exploded under President Obama with over 13 million phones issued to “qualified” individuals in 2014 alone. The phones are supposed to give people who would otherwise not be able to afford them a lifeline to emergency services and loved ones.

But according to an undercover report by CBS News, the Lifeline Wireless program is plagued by outrageous levels of fraud.

If you own a cellphone, you pay for the free phones and their wireless plans via a monthly tax on your cellphone called the Universal Service Tax. Although the Lifeline wireless program has been around since 2005 and started under President George W. Bush, it ballooned under President Obama and the phones are often referred to as Obamaphones.

To qualify for one of the cellphone plans, you have to be low income — on food stamps, Medicaid, housing assistance or some other government program.

But multiple times a CBS4 producer and reporter found phone agents in Denver circumventing strict government rules to ensure that only the truly needy get the free phones.

The company is asking the public to let it know of any improper activity with regard to Lifeline applications submitted to Total Call.

Of course, Total Call would have probably preferred to continue shipping phones and service plans without these pesky investigations because it was a financial boon for their company. Under the Obamaphone plan everyone makes money. Well, almost everyone, except for the people who actually have to pay for them through forced mandates.

In 2012 we noted that the government set aside $2.4 billion for the Lifeline Wireless program for a single year worth of phones and monthly plan payments. As we predicted then, and as is normally the case when government is involved in managing any sort of social program, those hard-earned taxpayer dollars would be redistributed to millions of people who don’t actually require the service or use it for what it was designed to be used for.

Over $2.4 billion in freshly printed dollars will be directed towards the program, which aims to connect tens of millions of poverty stricken Americans to the digital grid.

While we realize that some of those individuals, like those who cannot work for medical reasons for example, need access to phones in the event of an emergency, we can’t help but wonder how many millions of people like Duane Brooks, Jr. will be able to make calls, send text messages, and update their Facebook profiles instantly at the expense of others.

Case in point. Here’s Duane Brook, Jr., an able-bodied adult fully capable of working a job, yet he collects hundreds of dollars from the government, pays no rent and spends the money “on himself” instead of actually doing something productive with it:

When you get your cell phone bill next month, take a look at the taxes you’re paying. You paid for those 13 million phones distributed to the “truly needy” last year. Moreover, when you do your personal income taxes this year and because you didn’t have health insurance last year as mandated under the Patient Affordable Care Act, you’ll be paying a tax of $95 or 1% of your income (whichever is higher) just so people like Duane can have a free cell phone, free rent, a free Obamaphone and, of course, affordable health insurance (that you yourself cannot afford because you are so well off).

Of course, we knew this was coming and President Obama said it himself to our friend Joe ‘The Plumber’ Wurzelbacher during the run-up to his election:

It’s not that I want to punish your success. I just wanna make sure that everybody who is behind you… that they’ve got a chance at success too. I think that when you spread the wealth around, it’s good for everybody.

It was all fun and games and great talking points for the media and Obama’s disciples at the time. Eqaulity and all that – you know.

But now, eight years later, we see just how “good for everybody” Mr. Obama’s policies really are.

Turns out they’re great for people who get, as Vice President Joe Biden recently said, “free stuff” from the White House.

Unfortunately, free stuff isn’t actually free and someone – YOU – has to pay for it.

Why Does Maryland Have The Most Millionaires Per Capita? The Answer Might Make You Angry