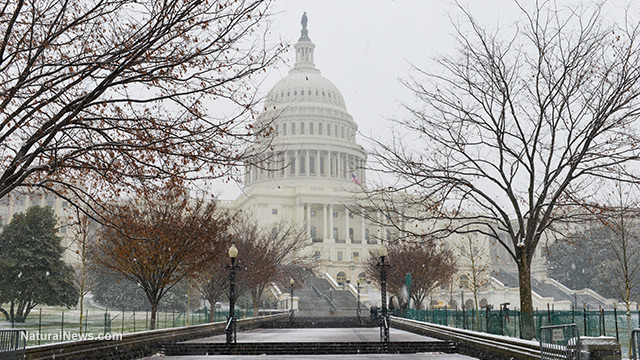 About 100 days ago, I correctly predicted what you’re seeing right now across America. On August 30, my Natural News article entitled Chaos will erupt across America in less than 100 days… no matter who wins the election, I wrote these words which were widely ridiculed at the time but are now obviously true:

The day after the election results show Trump to be the clear winner, radical leftists break out into mass protests across America. But Obama is still in power at this point, and Trump won’t actually occupy the White House until early 2017. So for the remainder of 2016, Obama will open the borders wide open and even encourage as many illegals as possible to invade the USA in a final “mad dash” to the USA.

As I’ve publicly predicted numerous times over the last year, if Donald Trump wins, the radical extreme leftists go on a violent rampage that leads to the rest of us begging for martial law. After half a dozen cities burn with riots and looting, Trump invokes a national emergency, deploying National Guard troops across the most devastated urban areas, and the radical left finds itself in a shooting war with the government.

Knowing that all this was so easy to see on the horizon, you might wonder what I think is going to happen in the next 100 days. While I don’t claim to have a magical crystal ball, overall my predictions turn out to be around 70% correct. With that in mind, you should expect to see 7 out of 10 of the following predictions coming true in the next 100 days.

#1) A massive, deliberate market crash in 2017, engineered to blame Trump

A disclaimer on this one: The timing on this may be well beyond 100 days. But it will likely BEGIN in 100 days with the Fed mucking around with interest rates and setting in motion events that will lead to a massive debt collapse before the end of 2017.

Thus, you may not see the full effects of this in 100 days, but you will before long, so make sure your assets are sufficiently diversified.

#2) An attempted political coup by communist agitators on or before January 20, 2017

This prediction is a sure thing. The radical commie left is already planning on ways to overthrow the government on January 20, 2017 (Inauguration Day).

We’ve covered the attempted coup in this Natural News article, which explains:

Leftist revolutionaries infuriated by President-elect Donald J. Trump’s victory over Democratic rival Hillary Clinton are covertly planning the unthinkable: A takeover of the U.S. Capitol Building on Inauguration Day in a dramatic attempt to thwart his presidency.

#3) A very likely false flag attack in a large U.S. city, carried out by the Obama administration to maximize chaos for Trump

This one isn’t a sure thing, but it’s likely. Desperate to block Trump from becoming president, the criminal Obama regime will try anything… including setting off a high-altitude EMP weapon over the United States to bring down the national power grid and thrust the nation into chaos (and Martial Law).

Many people believe the mysterious military plane circling over Denver yesterday is somehow involved in just such an operation, as it has been identified and confirmed by the U.S. Navy as a TACAMO (Take Charge and Move Out) airborne communications hub to ensure the continuity of government following a nuclear war or other massive catastrophe.

This one is just an educated guess. I’m betting that between now and January 20, President Obama issues over 100 presidential pardons for the criminals involved in the Clinton regime, including Hillary Clinton herself. (Expect him to also pardon Loretta Lynch.)

Why will he issue all these pardons? Because if he doesn’t, they’re all going to jail.

Not everyone will be pardoned, of course, for the simple reason that not everyone can afford the payoffs to Obama that are necessary to achieve the pardons. Hillary and Bill Clinton will pay dearly for their pardons, which is why soon after January 20, you’ll hear about the Clinton Foundation “partnering” with some new Obama non-profit effort to save children (or whatever). It’s actually just a massive cash transaction to BUY the pardons from Obama.

Obama might also try to issue pardons for illegal aliens en masse. If he does, expect the legality of those pardons to be challenged (and reversed) by President Trump.

#5) Aggressive arrests of protesters by police in January

The minute Trump becomes President, he will direct police nationwide to alter their stance and get more aggressive with leftist commie protesters (who are actually just street goons hired by George Soros to carry around signs they can’t even read because they’re largely illiterate).

Expect to see police engaging protesters with force instead of apologizing and backing away like they were ordered to do under President Obama. Since leftist protesters aren’t used to meeting resistance, you can expect to witness some serious clashes that will spill some serious blood onto the streets.

My advice to cops? Stand your ground starting January 20th, and prepare to defend your life, your community and your country against the violent communists who are attempting to destroy it all. Finally, your President won’t condemn you as a criminal for doing your job.

#6) An assassination attempt on Donald Trump or a family member

Given all the death threats against Donald Trump being posted by delusional haters and anti-Trump trolls, I suspect we’ll get to witness at least one lame attempt on his life in the next 100 days. This could be some daredevil leftist leaping over the White House fence and making a run for the residency with an ice pick. Or, if we’re really lucky, we might get to be entertained by some radical leftist attempt to SCREAM Trump to death in a youtube video.

It couldn’t possibly be any funnier than the video shown below, posted by an emotionally unhinged Clinton devotee who thinks the world can be “fixed” by screaming her raging demands into a web camera: (extreme PROFANITY warning)

For the record, I believe all assassination attempts on Trump or his family members will fail. The U.S. Secret Service is, believe it or not, actually quite competent in protecting the President.

You can fully expect to witness deliberate acts of economic sabotage being carried out by organized leftists (with George Soros ties) or President Obama himself. Harry Reid will also likely have a hand in all the sabotage, as he’s a key criminal in the leftist power regime that just got defeated in the election.

As Michael Savage recently explained, Obama is likely to “poison pill” America on his way out, metaphorically setting fire to the system before handing it over to Trump.

Savage, by the way, is essentially the architect of Trump’s plan to rebuild America. Check out his book “Scorched Earth: Restoring the Country After Obama” to learn the details.

Remember that video of inner city black kids beating the snot out of a white Trump supporter? My educated guess is that Trump supporters are now going to start shooting back.

When crazed, violent leftists assault you for your skin color, you have every right in the world to shoot them in self-defense. There is no argument on this except from the lunatic left, which ridiculously believes that black people are incapable of committing hate crimes, by definition. They are about to find out how incredibly wrong they are. Personally, I pray for the safety of all Americans and hope no one gets shot. Then again, I also know that leftists tend to be crazed violent racists and criminals, so violence instigated by the left is assured.

I’m going out a bit on a limb here, and this may be more of a HOPE than a prediction, but my hope is that Donald Trump issues federal arrest warrants for all the city bureaucrats (mayors and their minions) who refuse to follow federal immigration laws.

This includes, of course, the city officials of Chicago, Los Angeles, Seattle and others. If these city officials are going to openly violate the law, they should be immediately arrested and charged with conspiracy by the DOJ (which might even be run by Ted Cruz).

Think about it: They are openly saying they are going to harbor illegal aliens and violate established law. President Trump knows this can’t be tolerated in a society of law, and he’ll go after these people first with a warning, and then with the full force of the federal government. As he should!

I don’t put this one into the “hope” category because I would never wish death upon anyone, but some of the globalist criminals the Clinton Foundation took money from aren’t quite as polite.

Think about it: Hillary Clinton pre-sold the Presidency to international “investors” who funded her foundation and her campaign to the tune of over a billion dollars in all. Much of this money came from nefarious international operators who don’t take “oops” for an answer. My guess is that before long, they’re going to demand their money back. NOW.

That’s why I wouldn’t be surprised if there was a price on Hillary’s head. Again, I’m not condoning any of this, just analyzing the reality of the situation. Hillary should have known, of course, that the real risk of dealing with violent, dangerous globalists is that sometimes they turn on you… especially when you lose the election you promised them you’d win. Instead of all the political favors and backroom deals they were expecting to get from Clinton, they instead got President Trump who hates corruption so much that he just banned all his administration staffers from being lobbyists for five years after they leave!

I’m astonished that nobody in the media is talking about all this, but I wouldn’t be surprised one bit if Hillary Clinton turns up “suicided” one day soon. After all, it’s the same tactic the Clintons used to eliminate their own political enemies for decades.

And karma is a real bitch if you’ve acted like one your whole life.