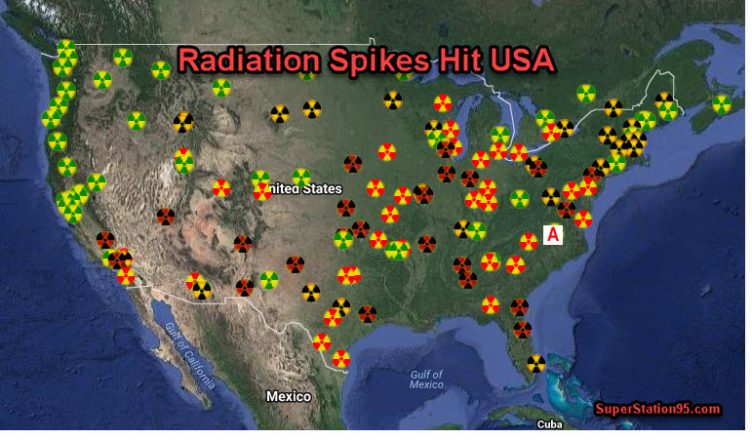 Radiation levels in a large swath of the United States have suddenly “spiked”, causing a Radiation ALERT for Raleigh, NC,  just four days after a large earthquake in Japan rattled the severely damaged Fukushima Daiichi Nuclear Disaster site.  It took about that time for the radiation to blow across the Pacific Ocean to the United States.

A “RadCon 5” radiation alert has been issued for Raleigh, NC as Gamma Radiation levels in that city have spiked to 632 Counts-Per-Minute in the 600-800 (Kev) Range as recorded by the US Environmental Protection Agency’s “RadNet monitoring system.  This is almost double the “typical” radiation level for that city and residents there should close the windows to their homes to keep the radiation out until it blows away over the next day or two.  Here is what the radiation detector in Raleigh is showing as of today, November 16: 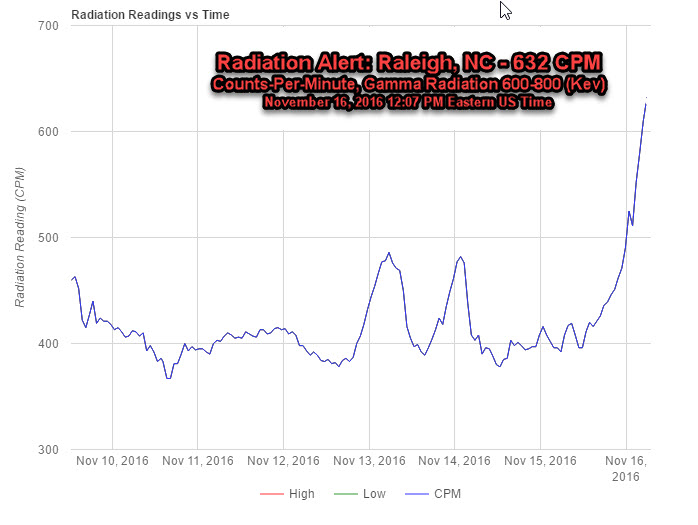 This sudden “spike” in radiation comes just four days after a magnitude 6.2 earthquake in the Pacific Ocean off the coast of Japan, severely shook the remaining damaged reactor at the Fukushima Daiichi Nuclear Power Plant. 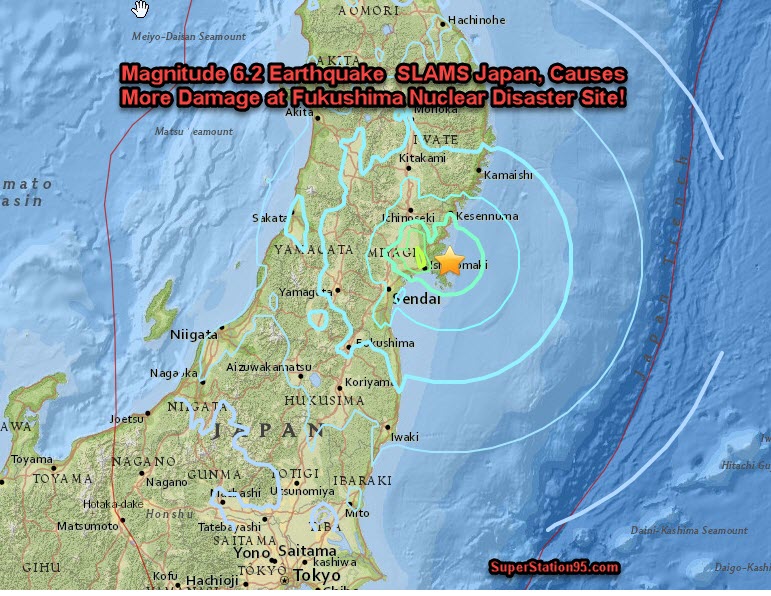 That plant was destroyed in March, 2011 by a magnitude 9 earthquake which generated a massive Tsunami that crashed into the plant, causing three reactors to meltdown and melt-through their containment vessels, allowing molten nuclear fuel to sink into the ground below.

SuperStation95 reported the recent magnitude 6.2 earthquake and, in our story, we cautioned folks along the west coast to monitor radiation levels “for the next week” because alarms around the Fukushima plant were detecting a major radiation spike after the recent earthquake.  It appears our advice was well heeded because radiation detectors all over the USA are now reflecting elevated radiation levels, as seen by the red-colored radiation monitors below. 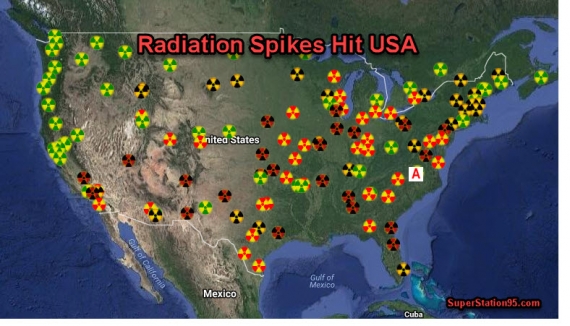 The radiation will blow away over the next day or two, but citizens ought to be aware that it is present so they can protect themselves.  Windows to homes should remain closed to keep out the radiation and folks who travel outside MIGHT want to wear n-95 or N-100 filter masks to avoid breathing any radioactive particles.  Upon returning home from outside, clothing should be immediately placed into the laundry and folks should take a shower to wash off any radiation particles that may have fallen on them while outside.

The radiation particles originate from the molten nuclear fuel cores which caused explosions at Fukushima when they melted down.  Some of the nuclear fuel was vaporized by those explosions and landed around Japan. When the recent earthquake struck, it shook loose some of those particles, allowing them to again become airborne. 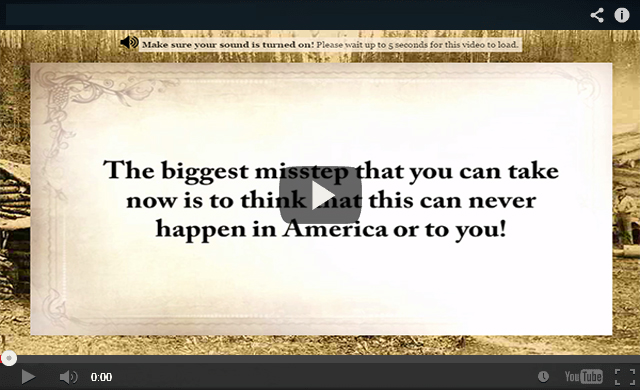