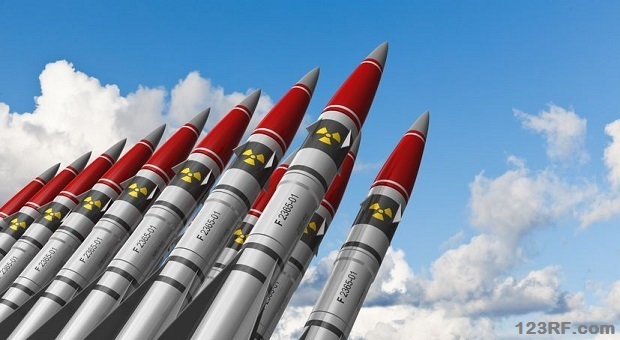 While some might see the EMP threat as being a bit far-fetched, it is a very real threat; real enough that our government has spend a considerable amount of money studying the potential effects of it.

According to those studies, 9 out of 10 Americans would die due to the destruction of our infrastructure by EMP. Those hit the hardest would be people living in major metropolises, as people living in rural areas are generally better able to survive without conveniences.

From a mission cost point of view, an EMP is a cheap way to win a war. War is an expensive undertaking, and any country which decides to undertake one either needs to have deep pockets or plan on ruining their economy. By comparison, detonating one or two nuclear devices at high altitude is very inexpensive.

Considering that the United States is still the most powerful nation on the face of the Earth and that we have many enemies, we are the most likely target of such an attack. In aircraft carriers alone, we have the entire rest of the world outgunned.

Starting any sort of conventional war against us would be suicidal. An EMP attack is really the only practical way in which enemies might go to war with our country and expect to win.

The good news for any enemies that may be considering attacking the United States is that an EMP attack is most likely to be highly effective. While our government has been studying the potential effect of an EMP attack, very little has been done to prepare for it.

A few government and military computers and offices are hardened to protect them from EMP, but the vast majority aren’t. Commercial computers, such as those which run our power grid, have no protection against EMP.

This raises the question of why nobody has tried an EMP attack yet. The answer probably has a lot to do with technical hurdles and a little to do with political will. We know that at least some of our enemies around the world would love nothing more than to see our destruction. Fortunately for us, those enemies don’t quite have the technological ability… yet.

Who Is the Enemy?

There are only a total of nine countries who currently own nuclear weapons, with another five in Europe who hold some stocks of American nuclear weapons under a sharing agreement.

Iran is working to make themselves the tenth country which owns nuclear weapons, but as of yet, they have not been successful. Of the countries that own nuclear weapons, only North Korea is a true enemy. When Iran becomes successful, they will become the second enemy country to have nuclear weapons at their disposal.

A conventional nuclear war is unlikely to happen with Russia and any other country which would try to start one with us would be committing suicide. However, using an EMP or even several overlapping EMP attacks to blanket the United States would be a very winnable war. Even if we survived, government figures state that it would take four years to recover, if we could.

Of course, there are always terrorist organizations which are ready and willing to die in order to bring down their enemies. Considering that Muslim terrorists consider the United States to be the “Great Satan” we can be sure that they would be quick to try and find ways of using any nuclear weapons which came into their hands.

Pakistan and India both have large Muslim populations. While countries take serious precautions to protect nuclear devices, I won’t go so far as to say that they can’t be stolen. There’s always the possibility of someone getting into the right government position to make that a reality.

Currently, only North Korea qualifies as both having the necessary weapons and the political hatred to launch an EMP against the United States. So why hasn’t Kim Jong-un already attacked the United States?

While it is clear that he wants to, he is limited by his technical ability. As best we know, the latest missile they have developed falls far short of being able to be used as an ICBM; in fact, it failed when they test fired it.

So, while Kim Jong-un might be mad enough at the United States for allowing Seth Rogen to create a comedy movie about assassinating him, it looks like he’s a bit impotent to act. He can threaten and bluster all he wants, but as far as using it as an excuse for an all-out attack, he just can’t follow through.

That’s not to say that there is no threat whatsoever from North Korea or even from Iran. A nuclear explosion to create an EMP could be accomplished by high altitude balloon. It would also be possible to hide a nuclear weapon in a satellite and then detonate it when it flew over the United States. While this would require a lot of subterfuge, it isn’t outside the realm of possibilities. 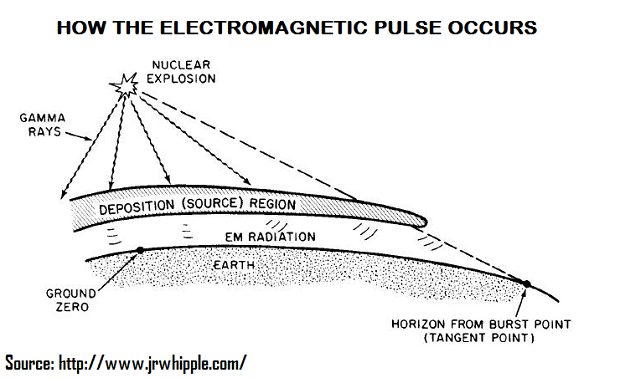 Although our relations with China and Russia are currently fairly good, they may not stay that way. Putin seems to be trying to make Russia back into a superpower and might see the weakness of our president as an opening. While China is greedy for American dollars, they aren’t really friends. Given the right circumstances, either of these countries could turn against us.

Both of them have the capability of launching an EMP attack on us now, with minimal preparation. Considering that both have already experimented with cyber-attacks against the United States, we can’t say that they are truly friends.

Regardless of what happens, this is a very real threat. Both Iran and North Korea would like nothing more than to shut out country down with an EMP. Russian and China are waiting in the wings. Eliminating the United States as a world power would be advantageous to all four of these countries, allowing them to go forth with their agendas. An EMP would give them just that.

Preparing For Nuclear Disaster: How To Stay Informed

EMP: Could it Start the Next War?