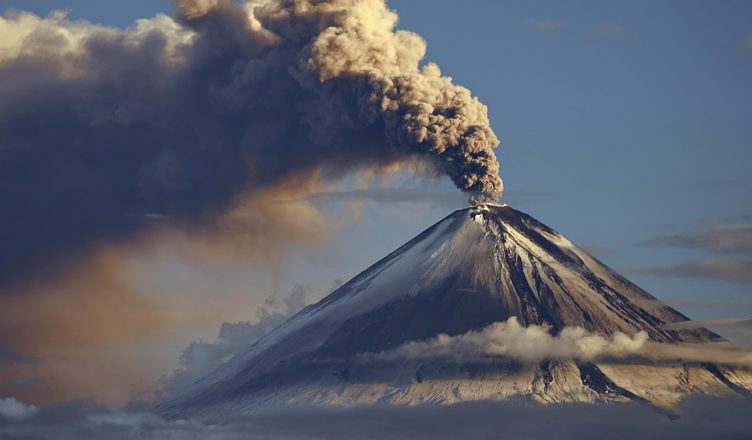 The Top 10 Volcanoes Most Likely to Erupt list. Which volcanoes are most at risk? How to be prepared and survive a volcano eruption. Volcanoes in your region at risk of eruption?

Longstanding and highly active volcanoes are one thing. We know these may erupt. But now the world finds itself in a situation where strange things are occurring. For instance, the world is getting warmer. Seismic activity has also been on the rise.

The Nevado del Huila volcano in Colombia hadn’t erupted in 500 years. In other words, we’re talking about back when the country was colonized by the Spanish. However, as with everything else in this world, nature is no longer something to be counted on (at least not in a good way). Thus, on Tuesday April 17, 2007, the Nevado del Huila volcano erupted once more, forcing 10,000 people to be on alert.The country had already evacuated 3,500 from the area by the next day. And now, of course, Nevado del Huila has been added to the ever growing list of worrisome volcanoes.

Volcanoes to Watch Out For

So which volcanoes should we be on the lookout for? As global warming heats up the Earth and spins more and more severe weather, surprisingly seismic activity around the world also seems to be on the rise.Volcanoes are seismic. If this activity continues, we may see more and more long-dormant volcanoes suddenly come to life.

Here are a list of ten to worry about in the coming years (no order).

After Tuesday’s eruption, Mario Ballesteros (director of the government’s Institute for Geology and Mining) said the following in a CNN article: “The seismic activity remains light but permanent, and we can’t rule out another bigger event in the next hours or days.”In other words, the world has to worry about Nevado del Huila.

Mount Merapi is located in Central Java, Indonesia. In short, it is one of the most active volcanos in the world (and certainly within that area). Along with this, it has been a constant source of volcano eruption since about 1548, and several of its eruptions have caused fatalities.Many scientists believe that a large scale eruption is imminent. Unfortunately, that means that the city of Yogyakarta could be in big trouble.

Further, Merapi is one of 16 volcanos designated by the International Association of Volcanology and Chemistry of the Earth’s Interior (IAVCEI) as a Decade Volcano. In other words, it is considered to be a volcano that must be watched in light of its history and closeness to populated areas.

According to the USGS, Mount Baker dominates the skyline from Bellingham, Washington to Vancouver, British Columbia. Unfortunately, the steam that is always rising from its Sherman Crater increased in heat and intensity back in 1975, and that change put geologist on their toes.To this day, they still are.

If Mount Baker were to erupt, the greatest worry would be the lahars. In other words, if the volcano were to erupt, it would likely melt snow and ice that would serve to help the flow of sediment and such. Further, collapses of landscapes could serve to foster these landslides.

So watch out all of you Washington residents.

Speaking of Washington state. . . Mount Rainier is probably the most dangerous volcano in the Cascades range (it is also one of Washington’s active volcanos). One of the problems with this volcano, like Mount Baker, is that it is covered in ice and snow. Thus, lahars would be a huge issue. What’s worse is that the population surrounding it lives in lowland areas (including Seattle). Further, the volcano is very steep, which would allow the debris, lava, etc. to gain great speed as it plummeted down on civilization.The largest debris avalanche on record from Rainier traveled a course of over 60 miles to Puget Sound. The last time Mount Rainier erupted was 2,200 years ago. Unfortunately, if that eruption were to repeat itself, the damage would be devastating. Mount Ranier is also a Decade Volcano.

Mauna Loa is located in Hawaii and is an active shield volcano. Its name means ‘long mountain’ in Hawaiian, which is appropriate considering it is the Earth’s largest volcano. Guesses estimate that the volcano emerged from the sea around 400,000 years ago and has been erupting for about 700,000 years. Its magma comes from the same part of the Earth’s mantle below the island that is responsible for the emergence of the Hawaiian islands.

Mauna Loa has not erupted since 1984. Further, it is believed that the volcano will eventually become extinct. However, if it were to erupt on a large scale the results could be absolutely devastating. This, of course, prompted its inclusion on the Decade Volcanoes list.

Another on the Decade Volcanoes list, Teide is a mountain and volcano located on Tenerife, Canary Islands and is the highest mountain in Spain. In fact, it is the highest mountain on any Atlantic Ocean island and is the third largest volcano in the world.The good thing is that it is dormant. In fact, it last erupted in 1909. However, as we have seen, a volcano can go from dormant to active very quickly, and Teida’s proximity to population centers has scientists worried.

Let’s put it this way, Nevado del Huila isn’t the only volcano that Colombia has to worry about. Along with this, Galeras is on the Decade Volcanoes list. Its last eruption in 1993 killed nine people. Along with this, it has been one of the Earth’s active volcanoes for at least 1,000,000 years.Unfortunately, it is also right near the city of Pasto.

Mount Nyiragongo is a volcano on the Decade Volcanoes list located in the Virunga Mountains in the Democratic Republic of the Congo. Nyiragongo and nearby Nyamuragira make up a little less than half of all of Africa’s volcano eruptions.Since 1882, Nyiragongo has erupted at least 34 times. Along with this, it is famous for the lava lake in its crater. However, in 1977 the walls holding in this lake fractured and allowed the lava to flow at rates of 60 miles per hour down on unsuspecting residents.

Whether this 1977 eruption killed hundred or thousands is hard to know due to the records kept. However, what we do know is that Nyairagongo again erupted in 2002, forcing 400,000 people from the nearby city of Goma to evacuate.

Mount Unzen is really an active system of stratovolcanoes located near the city of Shimabara, Nagasaki Prefecture on the island of Kyushu in Japan.Be glad that you don’t have to send a letter there!

Anyway, Mount Unzen is one of the active volcanoes on the Decade Volcanoes list. Along with this, in 1792 the collapse of one of its lava domes caused a tsunami that killed about 15,000 people. This amounts to the worst devastation ever recorded due to volcanic activity in Japan’s history.

Colima is simply the most active volcano in Mexico. It has erupted more than 40 times since the latter 1500’s. Strangely, Colima is only partially located in the state of Colima. Actually, the majority of the volcano (also on the Decade Volcanoes list) is in the state of Jalisco.

Colima has two peaks (Nevado de Colima and Volcan de Colima). Further, the volcano lies in close proximity to hundreds of thousands of people; hence, the reason why it is considered a danger.
Are you worried by the many disasters that you face in your everyday life? Worry no more. The Lost Ways comes in to solve your woes.This program was created by Davis Claude and its major role is to prepare and teach you how to handle worst-case scenarios using the least independence. This program will therefore motivate you to protect your family and friends during the worst period without the help of the modern technology.Remember, calamities are everywhere: at work, home, school and many other places.
Generally, most people are optimistic. This makes them unprepared for failure. However, the best thing is to prepare for worst times. It is important to tell your kids about earthquakes, fire outbreaks, extreme weather conditions and other calamities. Tell them how to deal with these calamities in case they occur.Watch the video below to learn more: