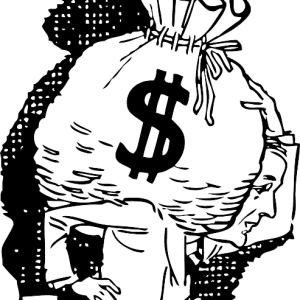 I know that headline sounds completely outrageous. But it is actually true. The U.S. government is borrowing about 8 trillion dollars a year, and you are about to see the hard numbers that prove this. When discussing the national debt, most people tend to only focus on the amount that it increases each 12 months. And as I wrote about recently, the U.S. national debt has increased by more than a trillion dollars in fiscal year 2014. But that does not count the huge amounts of U.S. Treasury securities that the federal government must redeem each year. When these debt instruments hit their maturity date, the U.S. government must pay them off. This is done by borrowing more money to pay off the previous debts. In fiscal year 2013, redemptions of U.S. Treasury securities totaled $7,546,726,000,000 and new debt totaling $8,323,949,000,000 was issued. The final numbers for fiscal year 2014 are likely to be significantly higher than that.

So why does so much government debt come due each year?

Well, in recent years government officials figured out that they could save a lot of money on interest payments by borrowing over shorter time frames. For example, it costs the government far more to borrow money for 10 years than it does for 1 year. So a strategy was hatched to borrow money for very short periods of time and to keep “rolling it over” again and again and again.

So what happens when the rest of the world decides that it does not want to loan us 8 trillion dollars a year at ultra-low interest rates?

Well, the game will be over and we will be in a massive amount of trouble.

I am about to share with you some numbers that were originally reported by CNS News. As you can see, far more debt is being redeemed and issued today than back during the middle part of the last decade…

The only way that this game can continue is if the U.S. government can continue to borrow gigantic piles of money at ridiculously low interest rates.

And our current standard of living greatly depends on the continuation of this game.

If something comes along and rattles this Ponzi scheme, life in America could change radically almost overnight.

In the United States today, we have a heavily socialized system that hands out checks to nearly half the population. In fact, 49 percent of all Americans live in a home that gets direct monetary benefits from the federal government each month according to the U.S. Census Bureau. And it is hard to believe, but Americans received more than 2 trillion dollars in benefits from the federal government last year alone. At this point, the primary function of the federal government is taking money from some people and giving it to others. In fact, more than 70 percent of all federal spending goes to “dependence-creating programs”, and the government runs approximately 80 different “means-tested welfare programs” right now. But the big problem is that the government is giving out far more money than it is taking in, so it has to borrow the difference. As long as we can continue to borrow at super low interest rates, the status quo can continue.

But a Ponzi scheme like this can only last for so long.

It has been said that when the checks stop coming in, chaos will begin in the streets of America.

The looting that took place when a technical glitch caused the EBT system to go down for a short time in some areas last year and the rioting in the streets of Ferguson, Missouri this year were both small previews of what we will see in the future.

And there is no way that we will be able to “grow” our way out of this problem.

As the Baby Boomers continue to retire, the amount of money that the federal government is handing out each year is projected to absolutely skyrocket. Just consider the following numbers…

–Back in 1965, only one out of every 50 Americans was on Medicaid. Today, more than 70 million Americans are on Medicaid, and it is being projected that Obamacare will add 16 million more Americans to the Medicaid rolls.

–At this point, Medicare is facing unfunded liabilities of more than 38 trillion dollars over the next 75 years. That comes to approximately $328,404 for every single household in the United States.

–Right now, there are approximately 63 million Americans collecting Social Security benefits. By 2035, that number is projected to soar to an astounding 91 million.

–Overall, the Social Security system is facing a 134 trillion dollar shortfall over the next 75 years.

–The U.S. government is facing a total of 222 trillion dollars in unfunded liabilities during the years ahead. Social Security and Medicare make up the bulk of that.

But the same thing could have been said about 2007. The stock market was soaring, the economy seemed like it was rolling right along and people were generally optimistic about the future.

Then the financial crisis of 2008 erupted and it seemed like the world was going to end.

Well, the truth is that another great crisis is rapidly approaching, and we are in far worse shape financially than we were back in 2008.

Don’t get blindsided by what is ahead. Evidence of the coming catastrophe is all around you.