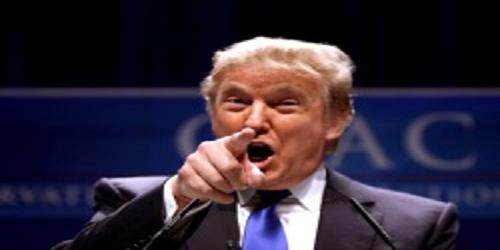 Donald Trump’s entry into the republican presidential race, though much-maligned, still offers the 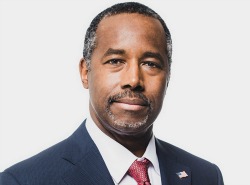 best antidote to a Hillary Clinton presidency.  He’s single-handedly injected life into a nomination process that has lacked passion for 20 years with his ability to tweak the media and boldly state his point of view.  His very presence has made every debate must-see television as he’s repeatedly shunned political correctness, boldly pointed to Obama’s failures and unabashedly embraced the immigration issue that others dodge due to an increasingly diverse electorate.

By Professor Liberty Mize, a contributing author of SHTFBlog

Oh yeah, and he’s done something else.  He’s built a roadmap to the nomination for Dr. Ben Carson.  Trump–Carson is a one-two punch that has everyone deeply concerned about the jab, when a massive left hook is ready to rain down upon them. 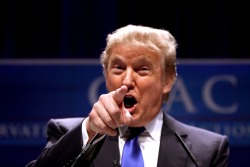 One of the biggest reasons Trump resonates so much for people is that he absorbs the attacks of the media and doesn’t cower in the corner when they come.  His immigration stand has been predictably branded racist, his rhetoric maligned and yet he consistently doubles-down and stays on message. When attacked, he attacks.  Carson sees this, and has added this arrow to his quiver.

Consider just last week, when Carson was assailed by internet reports that statements in his book may be less than truthful.  Conventional wisdom (along with most political pundits) says the best course of action is to ignore attack attempts and they go away.  Perhaps make a benign statement, but under no circumstances do you make it a big deal and lower yourself to their level as to do so only raises the reach of the reports.

Carson’s response was to do the exact opposite.  He didn’t back down, shrug it off or calmly hope it went away.  He stole a page from Trump, came out swinging and destroyed the narrative, reportedly pulling in a huge day of contributions in the process.   It was pure genius and nothing a party operative would ever endorse, which is part of why it worked. Highly paid pundits build campaigns like Jeb Bush’s where the strategy is to hang around, avoid gaffes, say little and hope you are the last man standing. In a crowded field, that is a recipe for failure. 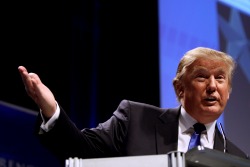 Record audiences come to see what insane blather Mr. Trump may invent at each debate, but along the way they stay to hear the real candidates.   The platform Donald provides is invaluable to those offering real solutions and prudent commentary.  Carson has capitalized and come off as sensible and thoughtful.  He’s the perfect yin to Trump’s yang, and yet the only reason his homespun solutions get any attention at all is because of the intense media coverage provided by Trump.

Yes, Carson is unpolished and at times awkward, but it only adds to this charm.  He’s not a politician, he’s a guy.   In a world where “would you have a beer with this guy” is the lowest common denominator in selecting a leader of the free world, this plays well.   People want to vote for a guy! It is all very “W” of him as Bush was a candidate who repeatedly showed up very poorly at the debates, but ultimately won two terms based on likability.

Perhaps most importantly is the contrast between the two men –as men.  Trump is on wife #3, has declared bankruptcy multiple times, was born into money and is a tone-deaf narcissist.  He isn’t even bought in to 90% of his own party’s platform.  He is an opportunist who sees a chance to self-promote and has struck out to do just that.  All of this makes him wholly and completely un-electable by a conservative party.

Carson on the other hand is the real American success story.  Rising from poverty through hard work and sacrifice and creating first generation wealth and esteem.  Most importantly, he actually believes in the ideas that made the Republican Party great (40 years ago).  Personal accountability, equal protections and incentivizing people to help themselves are not just ideas, they are a way of life.

Few politicians have a moral framework, fewer still actually will attempt to govern from it.  Carson seems like the rare exception.  He knows right from wrong, understands America and appears poised to govern on principles rather than opinion polls.  Not since Ronald Reagan have we seen a president who merges policy with principles and it is high time we did.

The point of all of this is not to malign Trump, but to thank him.  Without his passion and energy, we’d be doomed to Clinton part 3.  He truly is the carnival barker of our generation.  Thank goodness Dr. Carson is there to back all the hype with real solutions.

What you’re not being told about the Paris climate agreement