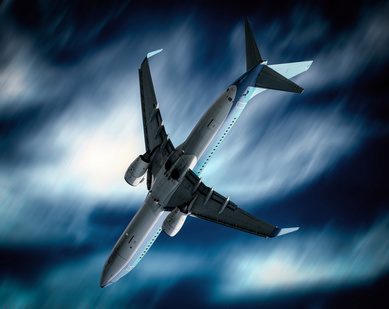 With so many threats facing the US and allies, what are the top threats that may take place first and cause the most terror?Here are five worst case scenarios to be prepared for in the months and years ahead.

EMP — is that really America’s most likely worst case scenario?

EMP has been talked about a lot by a lot of people: Americans, from media, to government, to churches, and disaster organizations recognize our nation’s fragile power grid and are rightfully concerned that a rogue nation could bring us to our knees and back to an age prior to the advent of electricity. How close is an EMP to actually playing out? In a moment we’ll spell that out. There are a handful of other likely worst case scenarios to put on your radar first.

Hazardous substances are a danger no one is talking about. Every day and every hour hazardous materials are being shipped or transported by rail, truck, tanker, and cargo plane to industrial sites in just about every U.S. state. The hazardous materials industry (and a segment of the trucking industry) now includes the threat from terrorism (both domestic and international origins) in it’s training materials for drivers and a percentage of dock workers and warehouse staff.

But even with this training, there’s no way to adequately protect the large amount of hazardous materials that are transported every day and every hour. One day suddenly there’s a major terrorist attack that may look like this:

Tom, a truck driver who works for ABC Chemicals is transporting a tanker carrying 5,000 gallons of dangerous chlorine gas. His truck has all the warning markings to be in compliance with the feds and he sets out for a delivery 100 miles away near a major metropolitan area.

He’s pulled over by police and what looks to Tom like a state transportation inspector. No big deal. Tom has all his shipping papers in order.

Unfortunately, this is a ruse — the police car and the state inspector vehicle are not actually official. Tom’s tanker has just been hijacked. And now 5,000 gallons of dangerous chlorine gas are in the hands of a terrorist group who plan on releasing the gas a few blocks from a major sporting event, where the prevailing winds will carry it right into the stadium, resulting in mass casualties, and the scariest terrorist attack since 9-11.

Here’s an even scarier scenario:

An American based company owned by an overseas Chinese corporation has a close connection to the Chinese government. Over the last few years they purchase companies that manufacture and distribute hazardous materials within the U.S.

Chinese engineers and chemists are staffed at various levels within the American based company. One day they fill a fleet of 75 tanker trucks and tractor trailers carrying drums of two hazardous materials that should never be shipped together, according to regulations. The reason they shouldn’t be shipped together? When certain types of chemicals come in contact with each other, which include poisons, they can create lethal doses that can take the lives of a large number of people within a certain vicinity or they can simply explode into huge fireballs.

That’s also a reason that a number of industrial sites within the U.S. that manufacture certain dangerous chemicals are high value targets for terrorists. For instance, a tank battery that stores a large quantity of a dangerous chemical gas can be attacked, releasing that gas into the air. If it’s a dense gas, it won’t simply dissipate — it can be carried by prevailing winds into an adjacent metropolitan area and start killing everyone it comes in contact with.

A danger during the Cold War and still a viable danger today.Following the Cold War it was reported that the former USSR had developed small nuclear weapons that could be carried in a suitcase, rather than fired from a missile. This would enable Soviet agents (think KGB or others contracted by Soviet agents) to smuggle in and plant nuclear bombs in U.S. cities.

To think that only the Soviets would develop nuclear suitcase weapons is ridiculous. Any country with the means would be smart to consider a nuclear suitcase bomb as a means of attacking (or simply deterring) an enemy nation.

With that in mind, it is highly likely these weapons have been developed and most likely have been smuggled successfully — which makes a nuclear suitcase bomb one of the “top 5 most likely worst case scenarios” facing the USA.

MOSCOW — Iran is scouring the former Soviet Union to hire scientists who once worked in laboratories tied to Moscow’s vast germ warfare program and has succeeded in recruiting some of them to take jobs in Teheran, according to Russian scientists and American officials.

Iranian officials who report directly to the leadership of the Islamic state have approached dozens of scientists who once made germ weapons, offering as much as $5,000 a month to people who earn far less than that a year in the increasingly chaotic Russian economy.

Russian scientists say that most of these entreaties have been rebuffed. But they acknowledge that at least five of their colleagues have gone to work in Iran in recent years. Others have accepted contracts that allow them to continue living in Russia while conducting research for Tehran, the scientists said.

The Iranians have had a long time to work on a deadly germ bioweapons program.

In the hands of the wrong terrorist group or rogue regime, germ warfare is a real threat and probably will take the lives of a large number of Iran enemies (namely Americans) at some point in the coming years.

Americans who willingly sell their souls for sex, money, and power…A percentage of U.S. politicians might as well be prostitutes. Sex has long been a tool of spy agencies, including the former KGB (now FSB), and several officials over the years have been convicted of taking bribes and selling state secrets to foreign governments.

“Inside” men and women can simply “open the gates” to outside threats, and let in any number of deadly ingredients needed for a U.S. fall.

Lights out for America…It can’t be said enough … a successful EMP attack on the U.S. would be disastrous and bring the U.S. to its knees and take us back to the 1800s prior to the advent of electricity.

Rogue regimes like North Korea and Iran are top threats, but their allies also present threats, namely Russia and China.

North Korea’s regime is like a mad dog — it doesn’t seem to care whether or not it’s vicious aggression will be the death of it.

Iran’s threats toward the U.S. and Israel are apocalyptic and driven by Koran teachings — the Shiite Muslims and Ayatollahs in power in Iran believe that Islam is destined to rule the world and that “Allah” is on their side. They are not likely to stop in their beliefs and will only continue year after year to seek this goal.

In the end, here are two countries with nuclear weapon capabilities and people lacking sense at the top levels of government — North Korea’s “mad dog” Kim Jong-un and Iran’s crazed Ayatollas (forget the reports that Iran is seeking a nuclear weapon … its safer instead to assume they have a few by now).

How to Survive A Worst Case Scenario

This article has described five scenarios that are likely to take place considering the scope of threats facing the U.S. and its allies. The massive cyberattacks originating from Russia and China (which include several intrusions into U.S. national defense computers), the fanatical desires of radical Islamic governments like Iran and Islamic extremists like Al Qaeda and ISIS, and the position the U.S. has made for itself as the most hated nation on earth by other nations, makes one of these scenarios highly likely in the near future — that is my estimation.So if one of these worst case scenarios was to play out, how will we survive?

With so many threats ramping up in the world, this sure looks and sounds Biblical to me. We’ve talked about the end of days before on this site. So what did Jesus have to say? A lot in fact, when it came to topics on the end of days.

Jesus said in one passage, “the end will come like a flood.” If you read further, according to what’s recorded in the Bible, it’s not supposed to be an actual flood that God uses to judge the nations, but a number of disastrous events in no short order that will instead seem like a flood.

I believe in a life surrendered to God is what is called for as a primary first step to surviving the end of days — only faith in the living God is going to be the way out of what is likely heading our direction sometime in the coming years. 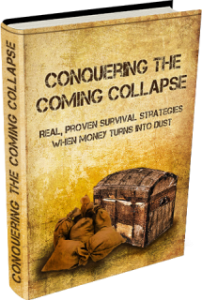 In order to survive, we are going to need:

In a world following a number of successive disasters and any scenarios like these (or others not mentioned that may take place) life for a “westerner” is likely to look a lot different than the comfortable lives many live now.

A look at war-torn nations elsewhere in the world and other nations that have suffered massive natural disasters like Haiti and Indonesia in recent years give us a glimpse into what life may end up looking like for the rest of us. God help us all.