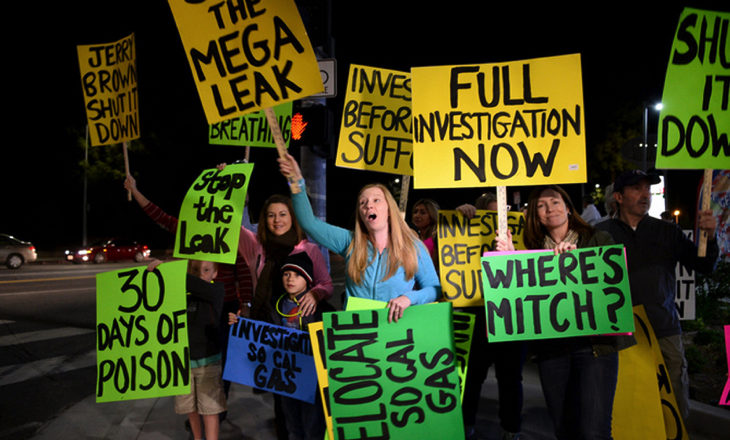 Texas gas leaks are worse than the California leak and show no sign of stopping. 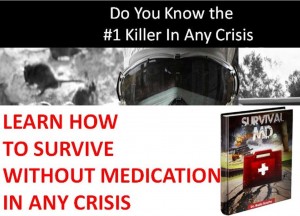 The short answer to the question in the headline, and most other similar questions in America, is that big money doesn’t want you to hear about it, so you won’t.

The devastating methane gas leak that tormented citizens of Aliso Canyon in California displaced nearly 3,000 households and relocated children so they could attend different schools. The leak was officially capped last month and residents were able to return to their homes, where they have memories of the nose bleeds, headaches, stomach aches, vomiting and much more caused by the methane and its additives. The additives consisted of benzene, nitrogen oxides and sulfur-like compounds. The leak spewed out an estimated 96,000 metric tons of potent methane into the air from the time it was discovered in October 2015 and capped in February 2016.

At its peak, the California leak was measured at 58,000 kilograms per hour. Researchers that became concerned with the continuous emissions in the Barnett Shale and Eagle Ford Shale regions of Texas conducted a study and found that 60,000 kilograms of methane were released per hour and as many as 544,000 metric tons every year. But unlike California’s leak, these leaks are showing no sign of stopping as long as hydraulic fracking continues in the area.

A study conducted by the Weather Channel, the Center for Public Integrity and InsideClimate News resulted in a resounding statement where they stated that they found,

“a system that does more to protect the industry than the public.”

This rings true so often with gas and oil companies, whose wealth reaches into the pockets of the media and politicians much more effectively than the rights of citizens. 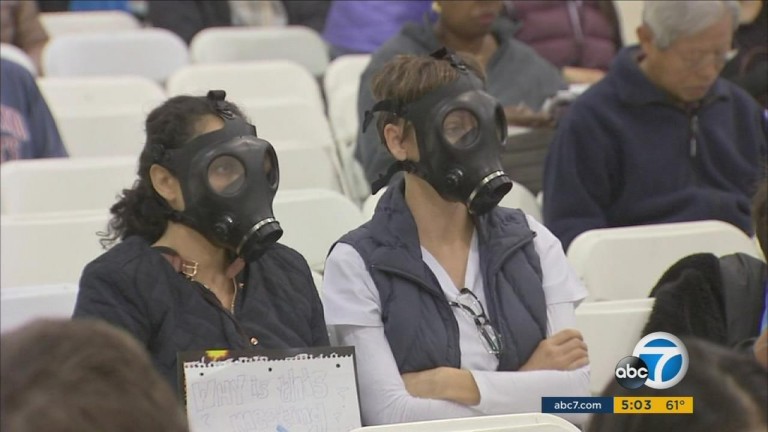 Credit: ABC 7
As for policy, many of the facilities are allowed to police themselves and aren’t required to report their findings, making monitoring and regulating the air emissions next to impossible. The Chair of the Health Science Center at the University of North Texas, David Sterling, said, “As much as I would like to believe that industry can police itself, history has shown that that has not worked without sufficient oversight.” Incidentally, the budget for the Texas Commission on Environmental Quality, who monitors as much of Eagle Ford as it can, decreased 34% from 2010 to 2014, making their job even more difficult.

Many elected officials in Texas are personally involved in these oil and gas companies, and an analysis of personal financial forms by CPI revealed that, “nearly one in four state legislators, or his or her spouse, has a financial interest in at least one energy company active in the Eagle Ford.” Most of these companies also contribute millions to campaigns as donations to convince politicians to have the company’s best interest in mind whenever damning legislation or any allegations against the company arise.

These steps have clearly helped Texas’ oil and gas industry, as they are no stranger to violations of environmental regulations and yet have faced punishments that are somehow even smaller than slaps on the wrist. According to the study by the Weather Channel, et al., although 164 violations were documented in 2010, the “punishments” were two extremely small fines, the larger of which was only $14,250.

Residents that are located near these leaks in Texas experience similar symptoms to those affected in Aliso Canyon and the gases emitted were found to contain hydrogen sulfide, benzene, sulfur dioxide, and carbon monoxide, among other toxic compounds.

With shale gas production that has more than doubled in recent years, the residents of these areas see no end in sight to these leaks or their ailments caused by the poisonous gases. Without proper media outrage, which the industry has likely paid to keep down, big money wins again in reeling in huge profits while violating the rights of citizens and corrupting our government.