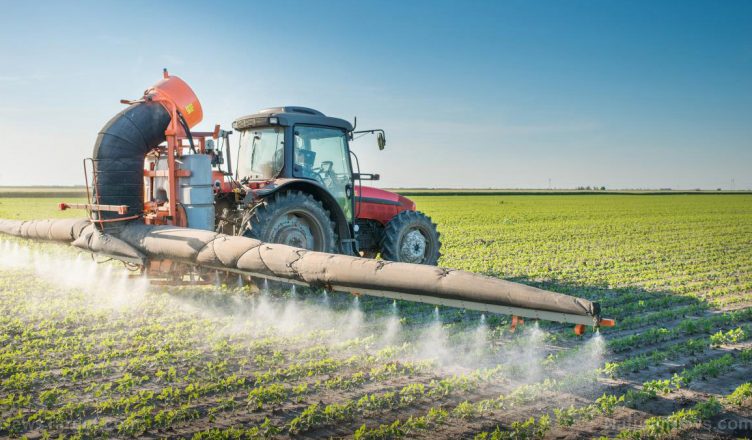 A recent crop tour conducted by the U.S. Department of Agriculture (USDA) has found that conditions are worsening for the nation’s corn and soybean crops. Excessive heat combined with dry weather has taken a major toll on these two industrial staple crops, which are expected to have massively lower yields amid ongoing “megadrought” conditions across much of the United States.

Most of the megadrought is centered over the western U.S., with large swaths of the upper Midwest also affected. Back-to-back heat waves have only made matters worse with more crops being damaged by the dry heat. The USDA’s “World Agricultural Supply and Demand Estimates” (WASDE) report suggests that a continued decline in crop quality will only further increase the cost of food at the grocery store.

Wheat is also being affected, with world inventories now reporting a five-year low. This is after the polar vortex from back in February that destroyed much of the country’s wheat crop. The markets continue to show inflating prices for wheat and other crops, as futures soar in expectation of worsening conditions.

“Diminished crop yields and inventories due to adverse weather conditions mean food inflation will be sticking around well through 2022,” reported Zero Hedge.

“… and what does this all mean for the average consumer? Well, grocery prices are expected to surge later this year.”

Is Bible prophecy coming to pass?

With the direction that things seem to be moving, we could be witnessing the early stages of the black horse riding – the black horse being one of the four horsemen of the apocalypse that symbolizes famine.

While there have certainly been calamities throughout history that are much worse than what we are currently seeing happen with the American food supply, the part that is unprecedented is the “perfect storm” elements to what is brewing.

We are not yet seeing grocery store shelves run bare, at least not on a widespread scale, and most people are still able to eat. How much longer that remains the case is unclear.

Piece by piece, the systems that undergird society as we currently know it are being demolished, almost like the pieces of a Jenga tower being removed one by one. Sure, the structure is still standing, for now, but when it falls, how great that fall will be.

There are backup reserves and other places from which to import and export food so, for now at least, things appear to be holding up. But again, this can change in an instant, and each new ominous piece of news that comes off the presses bodes ominous for the future, would you not agree?

“I’m in North Dakota and have been out and seen crop conditions,” wrote one commenter at Zero Hedge. “Wheat, barley, corn, oats, sunflower, and canola are generally in poor condition here.”

“There has been some rain but it’s been spotty at best and most of North Dakota is in a drought … Bottom line: higher prices.”