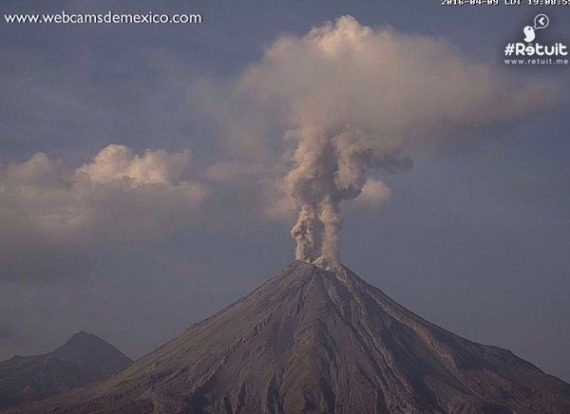 After the magnitude 7.8 earthquake  in Ecuador,  the Colima Volcano in Mexico has erupted. The Pacific Tectonic Plate is moving and California could be next!

According to information  available, the epicenter of the Ecuador earthquake was recorded at 27 kilometers from the town of Muisne, in the coastal province of Esmeraldas, at a depth of 19 kilometers.

The volcano in Mexico is north of Ecuador and its sudden eruption, without warning, indicates tectonic plate stress suddenly impacted the magma chamber, forcing it out of the volcano.

The Pacific Tectonic plate seems to be “pivoting” from the major earthquakes in Japan over the past three days; with the plate moving toward the east and the Americas.  Having now collided with South America and caused a crushing earthquake in Ecuador, the plate MAY pivot, slamming into California next.

Persons in California should expect quite severe earthquakes, striking as early as tonight and into tomorrow.

Persons in California should prepare immediately for a large earthquake.