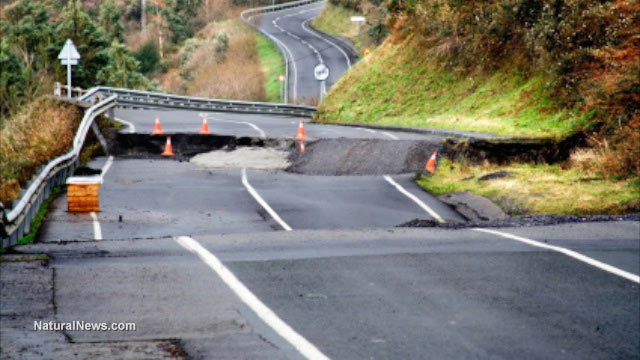 The 5.6-magnitude earthquake that shook Oklahoma earlier this month has spurred state officials to shut down 37 fracking disposal wells over a 725-square mile area. The quake matched a 2011 record for the strongest earthquake in the state’s history.

Five months before the quake, the United States Geological Society (USGS) reported that about 7 million people who live and work in specific areas of the central and eastern U.S. now face the same earthquake risks as people living in high-hazard areas of California.

Furthermore, the report found that oil and gas drilling activities – such as fracking (hydraulic fracturing) – may be the primary cause of the dramatic increase in man-made earthquakes in parts of the U.S., with Oklahoma and Kansas at particular risk.

“This research also shows that much more of the nation faces a significant chance of having damaging earthquakes over the next year, whether natural or human-induced,” USGS official Mark Petersen said.

Are you prepared for this kind of risk?

Man-made earthquakes on the rise

Oklahoma has seen a dramatic increase in earthquakes that started at the same time as heavy fracking activities began to take place in the state. As reported by RT, the state recorded 907 earthquakes in 2015, and this year there have already been 400 that had a magnitude of 3.0 or higher. In contrast, in 2009 just three quakes were reported with a magnitude of 3.0 or above.

Currently, the USGS cannot conclude whether or not the record-breaking earthquake that struck Oklahoma earlier this month was caused by industrial-related, human activities. However, they noted that wastewater fluid injection has triggered many earthquakes in Oklahoma over the recent years.

Matt Skinner from the Oklahoma Corporation Commission said that all their actions have been based on the association that researchers made between the Arbuckle disposal well operations and earthquakes in Oklahoma. He has been trying to reduce disposal volumes for the last three years, without much support from state officials who have been in a state of denial about the severity of the cause, according to EcoWatch.

Hydraulic fracking involves the high-pressure injection of water, sand and chemicals into a wellbore to create cracks in the deep-rock formations. Through these cracks, natural gas and oil can be collected. The toxic wastewater is then disposed into underground wells which increase the risk of earthquakes.

While the evidence is clear, the Oklahoma Oil and Gas Association (OKOGA) continues to deny that there is solid scientific proof that the increased number of quakes can be connected to wastewater injection.

“There may be a link between earthquakes and disposal wells,” OKOGA president Chad Warmington told EcoWatch. “But we–industry, regulators, researchers, lawmakers or state residents–still don’t know enough about how wastewater injection impacts Oklahoma’s underground faults. We don’t know enough about what’s really going on in the subsurface to know how to mitigate some of this risk.”

Oklahoma’s oil and gas billionaire, Harold Hamm, also referred to as the father of the U.S. fracking boom, even went so far as to advise state seismologist Austin Holland to be careful when publicly addressing the plausible connection between oil and gas operations and the significant jump in the number of earthquakes.

We live in the world, where anything can happen at any time. Most of us have never experienced war; we have never suffered from famine, lack of water or lack of healthcare. When we look at it historically, we live in the best possible time for life. We have electricity, healthcare, full grocery stores and so on. We simply take everything we have for granted.

But what would happen if this was taken from us? Imagine a life without electricity, without grocery stores, supermarkets and so on. Could you survive? Do you have the knowledge to make it through even the hardest of times? Well, I am pretty sure that most of you do not have the necessary knowledge to make it through a global catastrophe, but that’s why you are here.Let’s be clear here, there is a huge chance that some global catastrophe will happen during our lifetime. You can see that the world is currently in quite a bad shape, and it’s important to be prepared. Important to protect yourself and your family. Yes, true, there are dozens, if not hundreds, of preparation books and courses everywhere these days. Some of them are good, some of them are absolutely terrible, and there is one, which stand out. It’s called The Lost Ways.

15 Ways to Survive an Earthquake