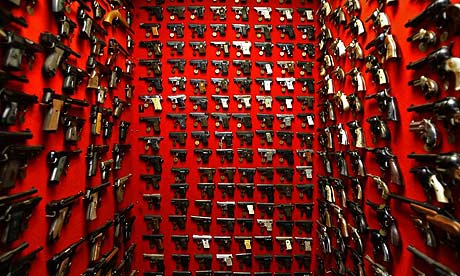 Prepping, survival, and gun ownership are all peas in the same pod. While you don’t need to be a gun collector to be a prepper, you should definitely be a gun owner if you plan on surviving any major catastrophe.

While a gun itself without proper training won’t get you very far, if we are to assume that you have the proper training to handle basic firearms, the question then is what gun or guns should you have when you’re preparing for the worst? Sure, most of us would love to have a basement full of various armaments with a .50 cal mounted on our trucks, but in reality this isn’t feasible for most of us, and the money spent on a large cache of guns is probably better spent on survival supplies like food, water, and medicine.

Instead of just buying guns that look nice, or ones that your friend has, it’s a much better idea to plan out your firearms to get the most bang for your buck (pun definitely intended). There are advantages and disadvantages to each type of gun, making a variety your best bet. We’re not talking brands here, but types of firearms and caliber of those guns. So what should you have in the way of guns as a prepper? Here’s our suggestion, feel free to alter or adjust it to fit your case, but either way, this is a great place to start.

There are four types of firearms that every prepper should have, and your prep can easily be built around them. By having one of each of these close at hand, you’re ready for just about anything the world has to throw at you. Remember, we’re not just talking self-defense here, but hunting and entry into buildings that would otherwise be inaccessible. 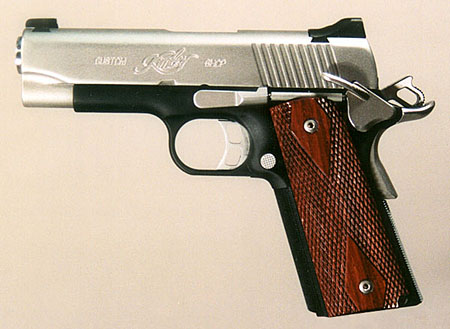 1. Handgun – The most important gun to have when starting to prep is a solid handgun. We’re not talking a small, easily concealable gun here, but a full-sized handgun that can be used for self defense both at home and outside when you’re on the move.

As for caliber, you want to go with nothing less than 9mm, and ideally you should really go with either 9mm or .45 ACP. Both have somewhat readily available ammunition, and both are cheaper than .40, which is an odd-sized load mostly used by police.

By no means should a full-sized pistol be your only gun, but it is definitely a good place to start.

2. Shotgun – The next most important firearm to have when prepping is a good quality shotgun. A good shotgun can work double duty as both a defensive tool and a hunting gun. Another great feature with a shotgun is that it is far easier to learn how to use and shoot than a handgun, and the ammo is fairly easy to find and cheap.

Shotguns can also be used for breaching doors to gain entry into locked rooms or buildings, something that would be much harder to do without it.

3. Semi-Automatic Rifle – The good old assault rifle, if you’re a fan of the news. While these guns get a bad rap in the media, they are great for both hunting and defensive uses. Sure, you’re probably not hunting with an AR-15 or an AK47 today, but if the SHTF, you’re not going to want to carry one rifle for defense and another for hunting.

The two best options here are definitely the AR-15 and the AK47. The AR uses .223 while the AK uses the larger 7.62mm, so whatever one you choose is ultimately up to you. The AK will run longer without cleaning, but the AR shoots better and has less kick.

Either way, make sure you have both iron sights and a solid magnifying optic on the one you choose, so you can get full use out of it. 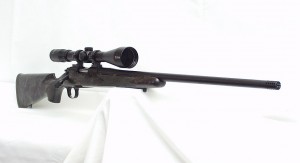 4. Game Rifle – This is the way you’ll catch your food and stop dangerous animals. There are quite a few choices here, and your exact needs will dictate what type of game rifle you choose.

The first route is the small game rifle. This would be a .22 rifle that would be used for small game like rabbits and the like. Anything larger and you run the risk of damaging the game more than you would like. The ammo is incredibly cheap and a good .22 is extremely accurate.

Related: The Right Firearms For Your Survival Plan

The second route here is to get a larger rifle like a .308 or .30-.06. These are perfect for downing deer and other animals their size and larger. These guns take more practice to shoot correctly, but they have a lot of firepower that will help you eat like a king.

Pick up one of each of these guns as your finances allow, and make sure you keep them clean and working at all times. In regard to ammo, you want to stock up as much ammo as you would use in a given time period to match with your prep.

This takes some good record keeping and a lot of planning, but overall this will depend on your family and the number of people you’re protecting/feeding. You should also stock up on more ammo if you live in more heavily populated areas, as the risk of violence is higher, and you can use some of your ammo for bartering.

Brian is a technology nut who loves craft beer. Still a Boy Scout at heart, he believes in always being prepared. Brian believes the most important tools you can have when the SHTF are your brain and the ability to keep a level head, no matter what the situation is.

Should you Purchase a Silencer for your Handgun or Rifle?