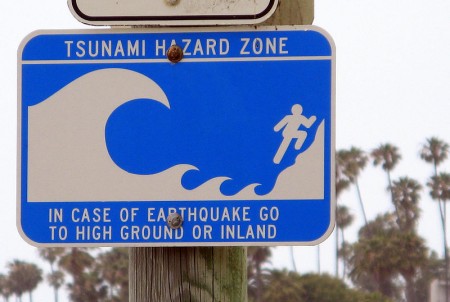 Can you imagine the devastation that would be caused if a massive wall of water several hundred feet high slammed into Florida at more than 100 miles an hour?  To many people such a scenario is impossible, but that is what people living along the Indian Ocean thought before the 2004 tsunami and that is what people living in Japan thought before the 2011 tsunami.  Throughout history, giant tsunamis have been relatively rare events, but they do happen.  Scientists tell us that a mega-tsunami can race across the open ocean at up to 500 miles an hour, and when they reach shore they can produce waves that are hundreds of feet high.  And even though authorities claim that the threat to Florida is “remote”, it might surprise you to learn that there are “Tsunami Hazard Zone” signs on Florida beaches.  If a highly unusual event (such as a giant meteor hitting the Atlantic Ocean) caused a giant tsunami that hit Florida, the devastation would be absolutely unimaginable.

Most people don’t realize this, but almost the entire bottom half of Florida is just barely above sea level.  If a giant tsunami did hit Florida, there would be nothing to stop it from sweeping across the entire state…

South Florida has two big problems. The first is its remarkably flat topography. Half the area that surrounds Miami is less than five feet above sea level. Its highest natural elevation, a limestone ridge that runs from Palm Beach to just south of the city, averages a scant 12 feet. With just three feet of sea-level rise, more than a third of southern Florida will vanish; at six feet, more than half will be gone; if the seas rise 12 feet, South Florida will be little more than an isolated archipelago surrounded by abandoned buildings and crumbling overpasses. And the waters won’t just come in from the east – because the region is so flat, rising seas will come in nearly as fast from the west too, through the Everglades.

Even worse, South Florida sits above a vast and porous limestone plateau. “Imagine Swiss cheese, and you’ll have a pretty good idea what the rock under southern Florida looks like,” says Glenn Landers, a senior engineer at the U.S. Army Corps of Engineers. This means water moves around easily – it seeps into yards at high tide, bubbles up on golf courses, flows through underground caverns, corrodes building foundations from below. “Conventional sea walls and barriers are not effective here,” says Robert Daoust, an ecologist at ARCADIS, a Dutch firm that specializes in engineering solutions to rising seas.

Of course the authorities do all that they can to play down this potential threat.  They say that it is “highly unlikely” that a tsunami will ever hit Florida.  The following comes from the Florida Department of Environmental Protection…

Although it is highly unlikely that a tsunami will impact Florida, it is not impossible. Floridians may also travel to locations where tsunamis are more likely. It is vital to know (and instruct children) that if the ocean suddenly recedes from the shore do not stand and stare. It is necessary immediately to run uphill or away from the shore and go to the highest location possible which may mean up the stairs of a substantial building. Everyone should be aware that no matter where in the world they are, if the sea is observed to recede from the shore, they should immediately run for high ground.

That last part is quite funny.  There is no “high ground” until you get to north Florida.  If a mega-tsunami strikes, there is going to be no place to hide.

And large tsunamis do happen in the Atlantic Ocean from time to time.  For example, National Geographic says that there have been 37 verified tsunamis in the Caribbean since 1498…

The Caribbean has been hit by 37 verified tsunamis since 1498. Some were generated locally and others were the result of events far away, such as the earthquake near Portugal.

In recent years, there have been some scientists that have been concerned about what would happen if there was a major earthquake in the Caribbean region or a volcanic eruption in the Canary Islands.  The following comes from CBS News…

Meteorologist Bart Hagemeyer from the National Weather Service says an earthquake in the Caribbean region is likely to project wave energy more to the north and less toward Florida. But the direction can vary and much of the outcome depends on the amount of energy released by the earthquake.

The highly unlikely tsunami that Florida might keep in mind could come from across the Atlantic, created by the collapse of a volcano in the Canary Islands off the coast of Africa, say experts. For years, some have thought that the unstable volcanic structures in the Canary Islands would cause massive tsunamis to slam into the East Coast of the U.S. if they crumbled into the sea.

That would have the potential of a not just a garden-variety of tsunami, but a “mega-tsunami,” according to Hagemeyer.

Well, according to Dr. Simon Day and Dr. Steven Ward, it could produce a wall of water approximately 164 feet high…

Dr Day, working in conjunction with Dr Steven Ward of the University of California, has now produced an updated model that predicts more accurately the size of the tsunami and the areas it will impact.

The model predicts that after the landslide the tsunami would travel a distance of almost 155 miles in just 10 minutes and would reach the Caribbean and Florida in eight or nine hours.

The forecast goes on to predict that a wall of water 164ft high could smash into the coasts of the Caribbean and Florida, while Brazil’s northern coast could be hit by a wave more than 130ft high.

Personally, however, I am convinced that the much greater potential threat comes from above. 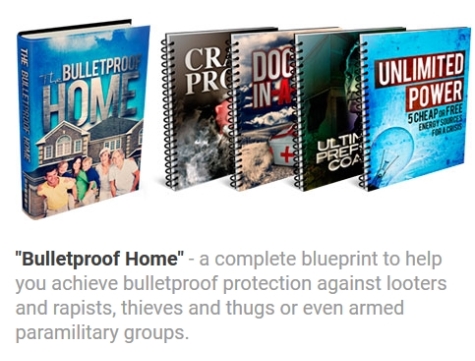 According to the University of California at Santa Cruz website, if a massive asteroid were to crash into the Atlantic Ocean it could produce a giant tsunami with a wall of water as high as 400 feet that would slam into the east coast of the United States…

If an asteroid crashes into the Earth, it is likely to splash down somewhere in the oceans that cover 70 percent of the planet’s surface. Huge tsunami waves, spreading out from the impact site like the ripples from a rock tossed into a pond, would inundate heavily populated coastal areas. A computer simulation of an asteroid impact tsunami developed by scientists at the University of California, Santa Cruz, shows waves as high as 400 feet sweeping onto the Atlantic Coast of the United States.

In case you were wondering, yes, that would be absolutely catastrophic.

Major U.S. cities stretching from the tip of Florida all the way up to Maine would essentially be destroyed.  The following is an excerpt from an article posted on Modern Survival Blog…

There are countless cities in between these coastal cities. The Eastern Seaboard of the United States includes some of the largest metropolitan areas in the country. Over one third of the country (more than 100 million people) live along the East Coast. Evacuation would be virtually impossible for most (except for the astute who act quickly) due to only hours notice, probable doubt, and the subsequent immediate gridlock that would follow.

Most scientists would tell you that the possibility of such a thing is extremely small.

But could it be possible that they are wrong?

At this point, more than 10,000 major near earth objects have been discovered, and about 10 percent of them are one kilometer or larger in size.

And there are many more out there that are still undiscovered.  In fact, scientists are discovering new ones all the time.

Sometimes, astronomers only spot them after they have passed our planet.

What is even more alarming is that the number of “fireball events” that are being recorded appears to be greatly increasing.  Just check out this chart from the American Meteor Society… 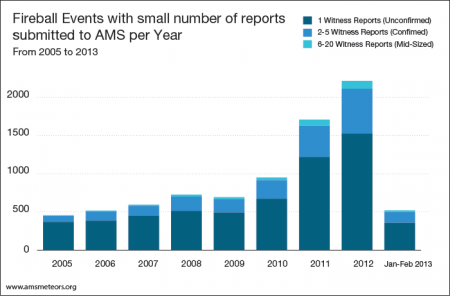 Why are so many large rocks suddenly flying by so close to our planet?

Has something fundamentally changed?

And what is going to happen when a really giant rock slams into us one day?

THE LOST WAYS is a compilation of effective tricks and tips on how to survive any terrifying disaster whether natural or man-made. It includes cutting-edge survival management blueprint, survival tools and how to respond to distress effectively. It is massively loaded with far reaching ideas on skills to manage emergency and survive without spending huge amount of resources at all. All these forgotten secrets will help you protect you and your entire household when eventually the impending doom visit America.Watch the video below:

One thought on “What Would Happen If A Giant Tsunami Hit Florida?”