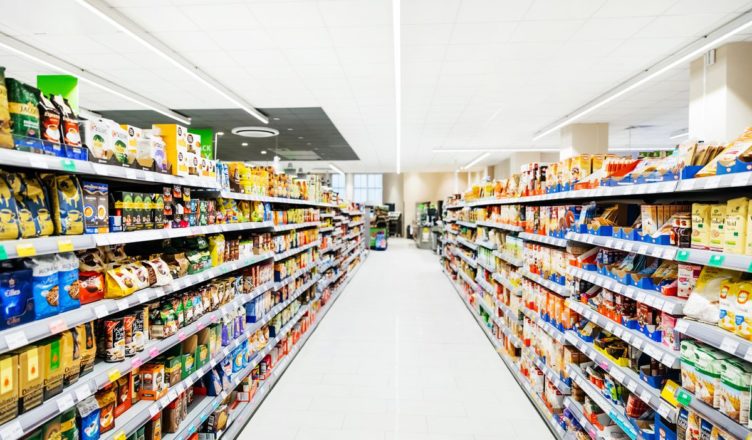 You should ask yourself, what would you do if you were one of those people who race to the grocery store at the last-minute during a disaster.

The only thing preppers fear more than masses of unprepared people during an emergency, is being one of those people. That’s why our ultimate nightmare scenario would be not having any non-perishable food on hand during a serious disaster. However, there’s plenty of reasons why an otherwise prepared person might not be prepared when the SHTF.

You could be out-of-town or out of the country, visiting family members who aren’t preppers. Or perhaps you’re having financial problems. So maybe you’ve had to dip into your food supply, or if you prefer buying canned food over freeze-dried food, you haven’t been able to restock items that have spoiled. Or perhaps you’re new to prepping, and you haven’t gotten around to building up a food supply.

Whatever the case may be, you should ask yourself, what would you do if you were one of those people who race to the grocery store at the last minute during a disaster? Before you answer that, you have to consider the very real possibility that by the time you reach the grocery store, the shelves will be at least partially stripped.

Ideally, you want to avoid this scenario altogether by prepping beforehand. In The Prepper’s Cookbook, Tess Pennington highlights key strategies for building an emergency pantry. This takes planning, so if you haven’t already done so, start today. Ideally, you want to store shelf stable foods that your family normally consumes, as well as find foods that are multi-dynamic and serve many purposes. These are the 25 foods she suggests that preppers should have in their pantries.

Have a Back-Up Plan For the Grocery Store

If you end up having to rush to the grocery store during an emergency, you should be prepared to employ a different strategy for finding food. If, when you arrive at the store, there are already a lot of people grabbing the low hanging fruit like canned foods, bread, etc., don’t join them. You’re probably only going to find the scraps that they haven’t gotten to yet. Instead, move immediately towards the food items that won’t disappear as quickly, and can substitute the foods that everyone is going to fight over first.

To employ this strategy properly, you only need one thing. Something to cook with that doesn’t require the grid, such as a camp stove with a few fuel canisters. You’ll need something like that, because many of the food items that disappear later in the game, tend to need some preparation.

These Four Emergency Food Alternatives Can Keep You Alive

So with that said, what kinds of foods should you go after when you arrive at a grocery store later than everyone else?

Of course, many of these items aren’t the best tasting or the most healthy. They’re certainly not ideal. But then again, neither is being caught in a disaster without your food preps. If you arrive at the grocery store before everyone else, by all means, go after the good stuff. However, if you aren’t lucky enough to beat the crowds, now you know what kinds of foods you should grab first.

4 Invaluable lessons from the Great Depression you need to remember