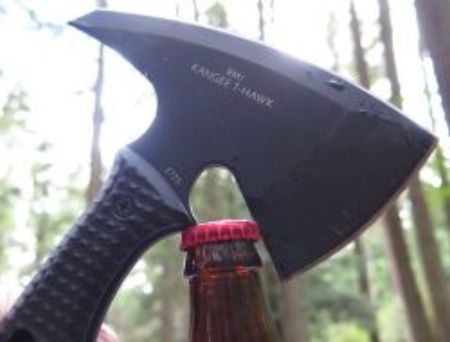 If ever there was a tool today in search of a purpose, the tomahawk is it. With its primal shape and apparent infinite number of uses, the tomahawk, you would think, should be part of all kits from barbecue to bug out.  Alas, the tomahawk and its tactical siblings are the bane of our survival imagination.  They show up at all the photoshoots, decorate Pinterest EDC posts, and are made by nearly every knife company whether reputable or not.  But still, what good are they?

History is for Sissies

According to the Gransfors Bruks website, the origin of the word tomahawk is from the Lenape tribe use of the word tamahak, which loosely translates to “cutting tool.”  Although the tomahawk has a rich past, so does the sling, the atlatl, the spear and even the horse. So why has there been an explosive resurgence in the availability of tomahawks to the point that even Home Depot and Target have a section of hawks to choose from?  Heck, even Walmart has 125 hits on their website for the search term “tomahawk” with a serious dose of the hits being actual metal bladed tomahawks and not toys or sports memorabilia.

I have talked to some service boys who found a use for the tactical tomahawk in the unstable hot deserts of the world.  Their uses included puncturing 55 gallon drums to both drain their contents and create burn barrels. And with spiked hawk instead of hammer, the tomahawk will puncture tires better than just about anything else.  Of course there is also the hand-to-hand fighting aspects which the hawk excels.  Unfortunately, none of those tasks are on my shortlist of needs when it comes to an edged tool.  What is on my list for a hawk?  Well, that it yet to be determined.

The tomahawk, or just hawk for those a little cooler, has many uses, but few skills better than any of the special purpose tools it would replace.  Well, except for one.  The tactical hawk is usually tougher than pretty much anything else in your kit.  The hawk…make that a quality hawk… is a survivor that does its job harder and longer than anything else you can carry.  On the gentle end the hawk can slice and carve and gut. On the more forceful end, the hawk can chop and slash and pound.  But then there is the over-the-top end where the hawk can breach, demolish, kill, and fly through the air on its way to the job site.  The hawk can open a car door, or simply go right through it splaying the tin like a can opener.  The hawk can puncture tires, cut out a windshield, even disable an engine.  But none of that matters in the wilderness or when doing bushcraft.  So therein lies the dividing line between the dedicated tool (knife, hatchet, axe, machete, etc.) and the tomahawk.

For me, the hawk is more of an urban tool.  Remember, I said for me.  I absolutely love addressing large wood challenges with my Gransfors Bruks hatchets and axes. I love carving with Spyderco and Benchmade bushcrafting blades.  And if I need a hammer or pick I will use my hammer or pick.  I even have some specialty tools I carry in the truck including the Ontario SPAX and the Crovel Elite.  But I cannot deny the Hawk urge when I need a grab-and-go tool for all the unknowns and many of the knowns. Apparently the hawk comes in second in enough races to win overall.

A good hawk is a brute force instrument that can be beat hard against anything.  Its résumé includes being thrown fast whether across the room or at the nearest outdoor recipient in need of a good puncture.  The hawk as a prybar exceeds that of almost every other tool except a pry bar.  The wood chopping capabilities of the hawk are second only to the axe, and perhaps on par with your hatchet.  A hawk’s brush clearing talents loose to machetes but win over knives. And if your brush leans towards branches, then the hawk wins.

But all the useful violence packed into the hawk is not without its downfalls.  One of the most common issues with a real hawk is the fact that you are swinging a relatively sharp blade attached to a generally short handle.  As any hatchet user knows, the closer the moving edge, the more danger one is in.  Making matter worse is that instead of just a flat poll like on a traditional axe, many tachawks have an evil looking spike watching its six.  With sharp flying in two direction, the tactical tomahawk is a not a great tool for those with self-inflicting tendencies.

Lizzie Borden might have found success with the axe as a defensive tool- well offensive really, but the hawk’s track record for protecting it’s user goes far beyond the traditional tools you’d find in the woodshed.  So this particular situation begs the question of should your hawk be a defensive tool you carry that just might have some practical use as well?  Interesting question.

After carrying around a tactical hawk, the CRKT Kangee to be exact, along with an assortment of larger fixed blades and smaller hatchets, I’ve learned a few things. First, the CRKT hawk is a great tool for what it does well. But what it does well is a pretty small subset of the tool tasks I do daily or even plan on ever needing in the future.

The CRKT Kangee arrived to me through the hands of an actual Native American fellow; a Blackfeet to be specific.  I found that an interesting twist in this tomahawk introspection. But I digress. In essence the hawk now in my hands is a pretty good design, and one that I will use as representative for this particular edged breed.  The hundred dollar price tag is not inconsequential, and the $185 retail and second generation version with an orange handle tells me that CRKT thinks they are on to something. And buyers seem to think so as well.  So why am I having so much trouble finding a home for this wonderful piece of hardware in my kit? Simple. It all comes down to the survival scenario. 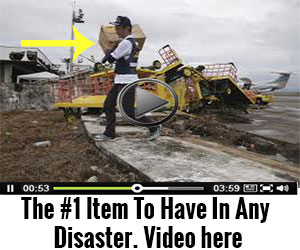 In my particular old west scenario, I first make the decision to bug in or bug out. If “in” I have all my usual tools with prejudice for the right tool for the job.  If I choose to bug out, I am limited in my portable carry until I either reach a designated BO location, or begin the “run.”  No matter what, I need the right tools for the purpose, not a cool idea that is half-baked or past its prime.

As a hatchet, the CRKT Kangee has a decent head, but a handle with a little too much curve for basic field woodwork. The bit or cutting edge is also not quite right for chopping wood because of its uniform flat profile and its rounded blade presentation. The blade sticks into the wood grain like a knife blade and holds on.  Anything outside angled hits risk getting stuck in the wound requiring about as much effort to remove as it did to put it there in the first place.  But for big chopping in softer wood, the Kangee does get the job done remarkably well.

Playing on the theme of the Katrina Rifle, and using the hindsight of the 10th anniversary of Hurricane Katrina and the Charlie Foxtrot that followed, I would venture that a tomahawk such as the Kangee might be at the top of my short list of tools when it really is grab-and-go time.

Normally I’d lean towards the a more focused tool, but Katrina or whatever S happens to HTF require a more diverse understanding of the tasks that lie ahead. Any hand tool worthy of its weight in a forced bug out must serve equally as a weapon as a breacher as a wood processor as a survival blade.  Using the Katrina event as a model, all of the above jobs were needed at one point or another to save lives. As a weapon was a no brainer, but a breacher?  Yes.  More than a few fine citizens of the Crescent City found themselves cornered by water to the south (down) and a hard place to the north (up).  Unless it was possible to chop through a ceiling or house roof, the end was both ugly and near.  If all you got is a Gerber LMF, you are ahead of the curve, but not by enough.  Fighting your way through a wall or wooden roof with a survival blade is possible, but with the tide rising, you might not make it in time.

On the other hand, if you try to scare off the marauders with a shovel, then good luck to you.  Have you ever thrown a shovel at someone?  It’s little more than a cute effort by a mouse cornered by a mountain lion.  A tomahawk, on the other hand, is a throwing weapon that becomes deadly with even mild skill.  But then again, you better be sure of yourself when you throw your weapon at your enemy.

So I have come to the conclusion that the tactical tomahawk might be the last tool you need but the first one to grab.  I know that might sound like a contradiction, but then so does TEOTWAWKI.  And if you add the letters WROL to the pile, the Kangee will not just be my first choice, but my only choice.  Got a use for the Tomahawk? Tell us about in the comments below.

11 Ways A Condom Can Save Your Life: Multi-functional survival uses for a CONDOM.

How to Build a Sturdy Takedown Bucksaw

The Last Rebels: 25 Things We Did as Kids That Would Get Someone Arrested Today