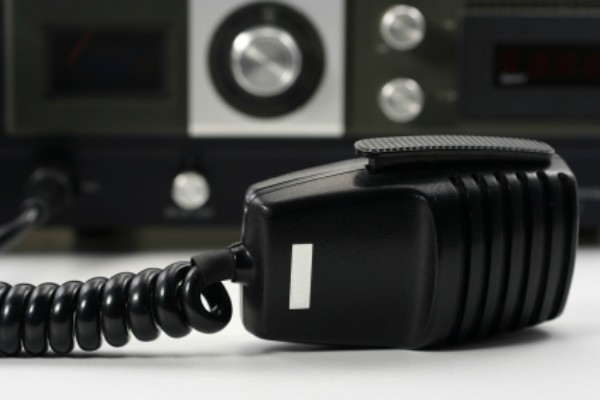 A “comm down” scenario is a very real threat, and happens more often than not. So, when we are in a post-TEOTWAWKI scenario, and essentially on our own, will be able to communicate to the outside world or will you take a gamble and stay in the dark?

Our communications systems are still considered among the world’s most extensive and dependable. However, the infrastructure is extremely outdated and unusual conditions can and do put a strain on our grid. With the rise of natural and man-made disasters and an aging infrastructure, experts from the private and public sector warn that we are just one major catastrophic event away from the possibility of an event taking down the grid, thus causing a complete meltdown of life in America as we know it today.

Consider, for a moment, how drastically your life would change without the continuous flow of energy the grid delivers. What would our lives be like without access to communication channels telling us what is going on? How vulnerable would we feel not getting our daily dose of local, and world news? For that matter, how would we get in touch with loved ones to let them know how we are?

According to James Rawles, author of How to Survive the End of the World As We Know It, most radio and TV stations have enough fuel to run their backup generators for only a few days. Ditto for the telephone company central offices (COs).  If that is the case, then what will happen when those generators run out of power? As he points out, “there will be an acute information vacuum.”

Communication in a grid down scenario is going to be vital in any serious emergency. Therefore, the best way to prepare for this situation is to equip yourself with the knowledge and tools for communication. Rawles states, “Once you’ve mastered short-range communications and public service band monitoring, the next step is to join your local Amateur Radio Relay League (ARRL) affiliate club and study to get your amateur license.” Because many of us are not familiar with the vast array of emergency comm devices, the following list is recommended in How to Survive the End of the World As We Know It, (p.193-198) as well as a brief description of how they operate:

Rawles suggests that your receiver be a compact, portable general coverage AM/FM/weather band/CB/shortwave receiver. The secret to making a receiver last are to buy a couple of spare hand-reel antennas, show care in putting stress on the headphone jack and power-cable connections, and always carry the radio and accessories in a sturdy, well-padded, preferably waterproof case.

A transceiver or transmitter/receiver is a device that combines transmission and reception capability on shared circuitry. In regions where digital coverage is spotty, a transceiver may be equipped for analog to ensure that there will be no loss of signal. Transceivers can handle analog or digital signals, and in some cases, both. Communication and reception are dependent on the range of frequencies. For instance, if you live on a piece of land where there are a lot of hills or trees, your range would be affected. Satellites can also play a part in how well the transceiver works and transmit across greater distances. Keep in mind, the more high powered a transceiver is, the more expensive it is, and also the larger it tends to be.

Ham radio transceivers, for example, can broadcast and receive transmissions for over 50 miles, and some can let you talk with people from the other side of the planet. One prepper advised me that for a small broadcasting radius (10 miles or fewer), tune all your radios to the 440 MHz band or anywhere from 144 to 148 MHz (each radio must be on the exact same frequency). Conversations on a ham radio are not secure or private, so don’t broadcast any personal information over the airwaves, just in case.

There are two different types of transceivers:

Experts say that the transceivers that are portable and can attach to gear or uniforms are good, they do, however, have a disadvantage of being weak, with a limited range which can become problematic at times. On Survival Blog, Rawles indicates that he prefers Multi-Use Radio Service (MURS) band, since most MURS radios can be programmed to operate in the 2 Meter band, and because they have much better range than FRS (Family Radio Service) radios. But like FRS, they are unregulated in most private use. (No license required!) It is also important to note that the CB channels, FRS channels, and 2 Meter band frequencies will likely be very crowded WTSHTF, particularly in the suburbs, but the less well-known and less populated MURS frequencies will probably be largely available at any given time.

CB radio or Citizens’ band (CB) radio is a communication device that allows people to talk to each other using a radio frequency. The CB radio user has 40 channels to choose from and uses an 11 meter band or 27 MHz. You want to make sure that your CB radio is SSB capable.

Field telephones are mobile telephones designed for military use, and have the capability to withstand wartime conditions. They can draw power from their own battery, from a telephone exchange (via a central battery known as CB), or from an external power source. There are some that are sound-powered telephones, and do not require a battery.

Rawles believes that having reliable field telephones is essential to coordinate retreat security in a post-TEOTWAWKI world. For semi-permanent installation, it is best to buy a cable that is rated for underground burial (UB), to conceal and protect all of your lines. Burying your lines will also prevent both intentional and unintentional lines cuts and breaks. He goes on to further suggest buying extra field phones, so that you can run commo wire to your neighbors and coordinate with them as well. To purchase field telephones, look on eBay, at Army surplus stores, or emergency supply stores.

Essentially table radios are contained radio receivers and can mostly be found on eBay. Many can run on battery power, thus making them useful as emergency radios. Because some table radios still use the vacuum-tube technology, they are virtually EMP proof. Rawles suggests finding a radio with shortwave bands, such as a Zenith TransOceanic H500 and to purchase a redundant commo gear (headsets, antennas, etc).

Some other features to consider when purchasing emergency communications equipment is:

During emergencies, our total dependence on communications becomes all to clear. And, if the emergency is severe enough, the communication could be limited, if not non-existent for a given amount of time. Each of us have read enough  survival books to know that the “comm down” scenario is a very real threat, and happens more often than not. So, when we are on our own, will you have your own communication devices set up to communicate with others or will you take a gamble and stay in the dark?

Communications After an EMP

Should you get a Ham Radio License or Hide from the Government?

One thought on “All Circuits Are Busy: Emergency Collapse Communications”