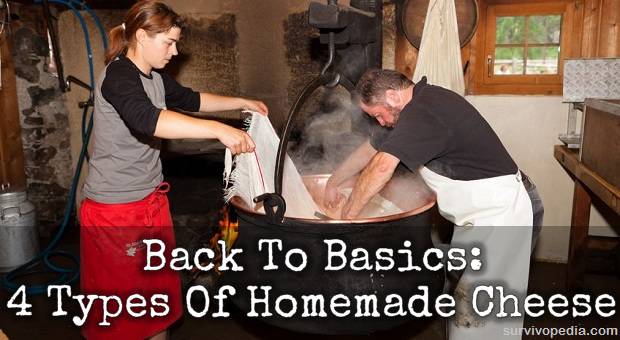 Without a doubt, life is made tastier by cheese. We put it on everything from burgers to macaroni and kids love it. We mix it in sauces to add flavor and texture and we eat it plain as a snack. It’s a great source of calcium and protein and most kids will eat cheese even when they won’t eat many other foods.

However, if SHTF, cheese is quickly going to a hot commodity because it’s not something that keeps for long. This is when your skills as a cheese maker will come in handy.

The history of cheese is a long one; some say cheese has been around for as long as 10,000 years! It started when somebody noticed that the milk that they stored in their vessel (a calf stomach) turned into a hard block. Some brave soul decided to taste it and found out that it was delicious. Thus cheese was born. Find out more about preserving milk here.

Cheese recipes have often been passed down from generation to generation, along with the cultures that are necessary to make the cheese. Some are extremely easy to make and don’t require a culture but the tastier and more advanced cheeses do. Before we get started, you need to understand some basic cheese-making ingredients.

Rennet is derived from the stomach lining of ruminate animals, namely the fourth stomach of calves. It’s an enzyme that helps the baby animal to digest its mother’s milk. There are also vegetable rennets, microbial rennets that are derived from mold and genetically engineered rennets that are made by injecting cow DNA into plants.

Rennet, or more specifically chymosin, the enzyme in rennet, separates the curds from the whey during the cheese-making process. Milk would curd on its own but by the time that happens, the milk is sour. Rennet allows you to make curds quickly from sweet milk. Most European cheeses are made with rennet while most cheeses made in the US are made using different products.

There are several cheeses, including Mozzarella, cottage cheese and cream cheese that don’t require rennet. This is because you can substitute vinegar, lemon juice or citric acid to create the curd. The difference between rennet and another acid is that rennet slowly curdles the cheese and vinegar or citric acid does it quickly. To get the flavor or texture you need for aged cheeses, you need rennet.

You’ll often see recipes that call for cheese salt. Cheese salt is just flakey, non-iodized salt. Salt is used in cheese for both flavor and preservation but don’t ever used iodized salt because it damages the bacteria that you need to make the cheese.

If you don’t have cheese salt, you can use regular uniodized salt or kosher salt. It’s all a matter of how quickly you want the salt to dissolve. Cheese salt is always best, though because it’s flakey and dissolves quickly.

If you’re using milk that’s been pasteurized and stored cold to make your cheese, you need to use calcium chloride to make your curds firm. This is because calcium in store-bought or pasteurized milk slowly becomes soluble and won’t form a firm curd on its own. Exceptions include cheeses that are stretched, such as mozzarella or provolone because the stretch depends on the calcium leaving the curd.

Cheese cultures are good bacteria produced from milk that eat away the bad bacteria by feeding on the lactose in the milk. This is necessary in order to encourage coagulation and help develop the flavor of the cheese. You can buy starters from either local specialty stores or online. There are two basic starters: mesophilic and thermophilic.

Mesophilic culture is used in low-temperature cheeses. This includes the majority of cheeses including chevre, cheddar, cottage cheese, brie, sour cream, Colby blue cheese, feta and many others. Sometimes you can sub vinegar or citric acid, such as when you’re making cottage cheese. For aged, harder cheeses, culture is required.

There are several varieties of both of these cultures that you can purchase and come in freeze-dried packets. You have to keep them frozen until you use them. You can make your own starters by saving part of the original starter but they only last a few days in the fridge before the bacteria are no longer effective so you either have to freeze them or use them.

You can also make them from scratch. I found these recipes on cheeseforum.org:

Use yogurt as thermophilic starter culture as per recipe.

It’s best to use filtered water in your cheese because some local waters contain ingredients that will prohibit the milk from turning to cheese.

The Chemistry of Cheese Making

Though it sounds like a daunting task, cheese making is a matter of simple chemistry. Milk is about 85% water; the rest is mostly proteins, minerals, fat, vitamins and lactose (milk sugar). When you add an acid, the milk turns into curd, a jelly-type substance. When you heat the acidified milk, the curd separates from the whey (the liquid). The curdling agent is actually a bacteria that eats lactose, which turns it to lactic acid and makes it curdle.

Heating, pressing and aging the curd separates out more of the whey, which makes the cheese sharper-tasting and harder. That’s why people with lactose intolerance often do OK with harder cheeses; there isn’t as much lactose in it.

What Milk to Use

They type of milk you use depends on the cheese but if you’re making starter, you need to use organic milk because if the cow was given antibiotics, those could have passed through into the milk and will prevent the good bacteria from forming that is the basis of the starter. Since that’s what the starter is all about, your starter won’t form. Learn more about raising animals for milk here and how to milk your cow or goat here.

I’ve also found a recipe to make cheese from powdered milk, which I’ll share in a bit. When choosing milk, go for non-homogenized, also called cream-top, if you can. It’s not critical but produces better results, especially if you’re new to the process. Usually, you’ll be better off using full fat milk unless the recipe calls for something different.

Regardless of what type of milk your recipe calls for, it can’t be ultra-pasteurized because the high heat denatures the proteins and will thus prevent curd from forming. 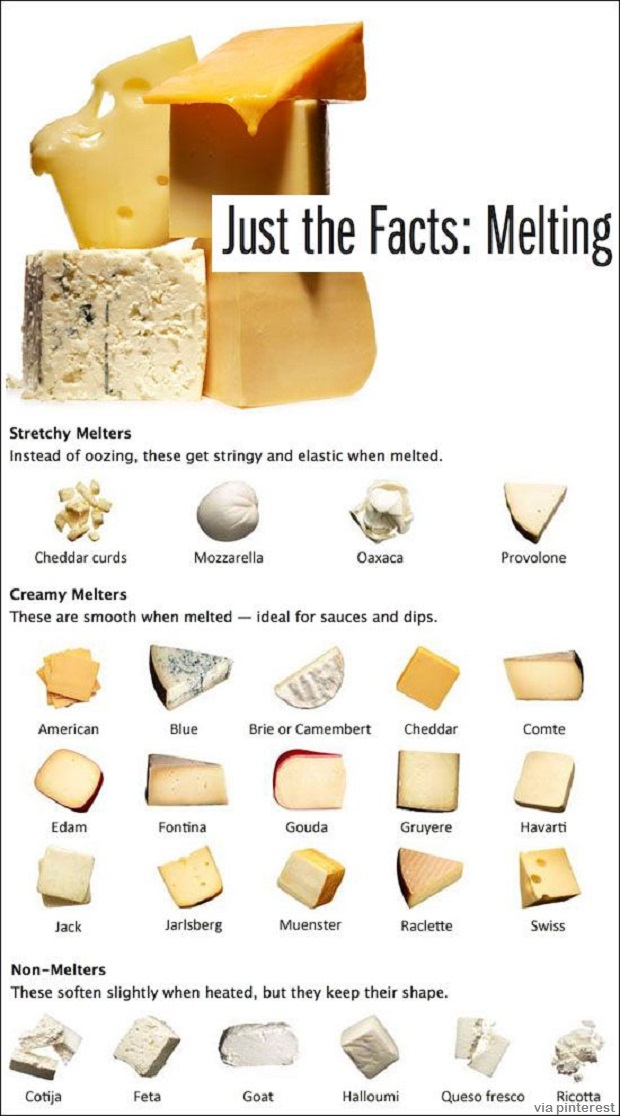 Yield: you should get 1 ½ to 2 cups of cream cheese for each quart of cream that you use. You can double this recipe if you want. It makes a great gift!

This recipe is super-simple and delicious!

This recipe calls for rennet but there are some recipes out there for making it without. This one is delicious, though.

We all love cheddar! This recipe is simple and delectable.

Now you know how to make some of your favorite cheeses. I started with easy ones to give you confidence. Once you’re comfortable with these, move on to some fancier ones.

If you have any other suggestions or good cheese recipes, please share them in the comments section below!

How to Make Homemade Cottage Cheese