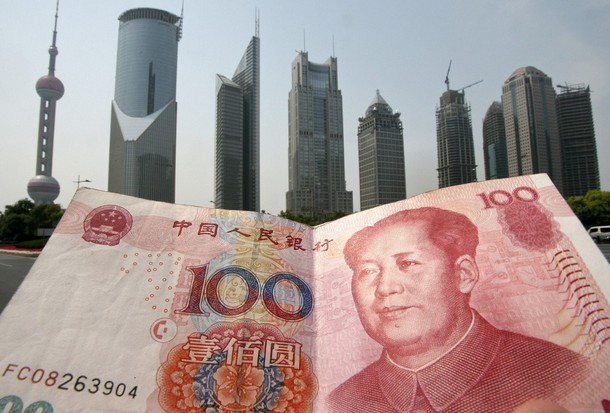 Recently, SHTF has pointed out the rise of China and their aim to become a major part of the new global reserve currency, and hence a major weight in the new global order.

China’s renminbi is positioning for major global exchange; the BRICS development bank is taking off, to the chagrin of the U.S. axis of global finance; and the IMF is talking with China about the likelihood of including the yuan in the “basket of currencies” that make up SDRs, or Special Drawing Rights that already includes the dollar, the pound, the euro and the yen:

China is pushing for the International Monetary Fund to endorse the Chinese yuan as a global reserve currency alongside the dollar and euro.

A senior Chinese central bank official said Thursday that the country is “actively communicating” with the IMF on the possibility of including the yuan, or RMB, in the basket of the Special Drawing Rights (SDRs).

The Financial Times now reports that France, Germany and Italy have all agreed to join the China-led international development bank as well, “delivering a blow to US efforts to keep leading western countries out of the new institution.”

Both FT and the New York Times have pointed the implicit threat to U.S. hegemony since World War II… yet another sign that things are changing:

[The decision of the UK to join the Chinese development bank was made with] virtually no consultation with the US.

We are wary about a trend toward constant accommodation of China, which is not the best way to engage a rising power.

Fundamentally, Washington views the Chinese venture as a deliberate challenge to those postwar institutions, which are led by the United States and, to a lesser extent, Japan, and the Obama administration has put pressure on allies not to participate…

What exactly is on the horizon for global finance and the new world order? China is clearly a major part of whatever is to come.