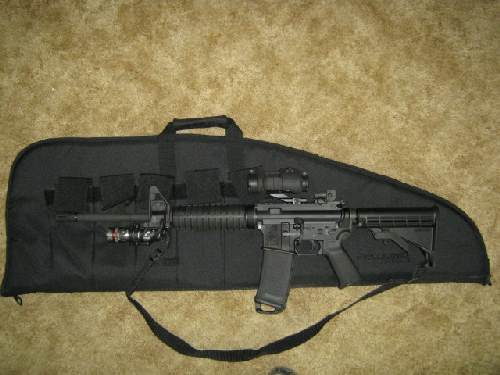 As Most of you know, I’m not a big fan of the head to the woods bug out bag survival strategy. In a nutshell you’re voluntarily becoming, a refugee, but looking at the recent disasters in New Orleans and Haiti it is obvious that a bug out bag and bug out strategy are not only needed but required for anyone prepared for a disaster.

A few days ago we talked about bugging out with children and several months ago, I went into detail about my bug out bag contents and get out of dodge survival strategy.

When reading such lists it is important to keep in mind that any list is only a suggestion. Everyone should look at their skills, situation and location planning accordingly.

No two bug out strategies will be the same nor will the contents of individual bug out bags. Your bug out bag list should be put together with your personal situation and needs in mind – only then will it be most effective and the best bug out bag for YOU. 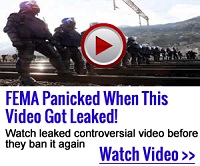 Today we will take a quick look at choosing firearms for the bug out bag. Anytime, I mention firearms or survival guns I get flooded with comments from readers giving their suggestions and advice.

I hope this post will elicit such a response. If you have suggestions or questions, by all means feel free to post them in the comments below. Please keep in mind that we are only discussing the head for the hills concept, and not the other possibilities available to the prepper. In fact it’s best to not bug out at all in most cases.

Most will suggest a .22 caliber rifle, such as the Ruger 10/22 and often this is a prudent choice. A .22 caliber rifle can take small game as well as larger game such as deer with proper shot placement. For foraging purposes, firearms such as the Model SPR94™ Shotgun/rifle Combo are difficult to beat (if you can find one).

With the addition of the 410 Ga shotgun being a significant advantage over having just to 22 LR. ammunition is cheap and lightweight when compared to other rounds and packing several thousand rounds in a bug out bag isn’t out of the question.

Another advantage for having a .22 Long rifle is the relatively low report especially when using CB caps and the ability to be effectively silenced with a homemade sound suppressor.

Just remembered that such a device is illegal without proper government approval and will land you behind bars if caught, and is suggested here for a worst case scenario only.

The downside of the .22 Long rifle round is limited range, penetration and stopping power all of which limit the rounds effectiveness when used for self-defense. I suggest a backup handgun chambered for a cartridge suitable for self-defense. I would not go below a 9mm or 38 special here. Anything less powerful isn’t enough.

Even with a 9mm and 38 special, you should seriously consider using only the +P rounds such as the 115 or 124 grain JHP +P in the 9 mm or 158-grain lead semi-wadcutter hollow point .38 Special +P for defensive purposes .

Your location would also determine weapons choice. For example those bugging-out in grizzly country should definitely consider something more powerful than the aforementioned 9 mm or 38 special.

It is wise to avoid any armed confrontation if possible. Trust me you are not a coward if you avoid the possibility of being shot in the head. You are not expendable – neither are the lives of your family or those in your bug out group. Those with the macho kill ‘em all attitudes will not last very long after the poop hit’s the fan.

With that being said, a semi-auto military style rifle should be considered especially if you are trying to get from an urban area to the country, where facing organized gangs or other threats attempting to block your exit could be a possibility. An AR-15 with collapsible buttstock or folding stocked AK-47 could help get you out of a dangerous situation if pressed into such a dangerous situation, while taking up little space or adding significant weight to your overall survival gear..

The Collapse of the American Economy Has Begun

5 thoughts on “Selecting Guns For Your Bug Out Bag”