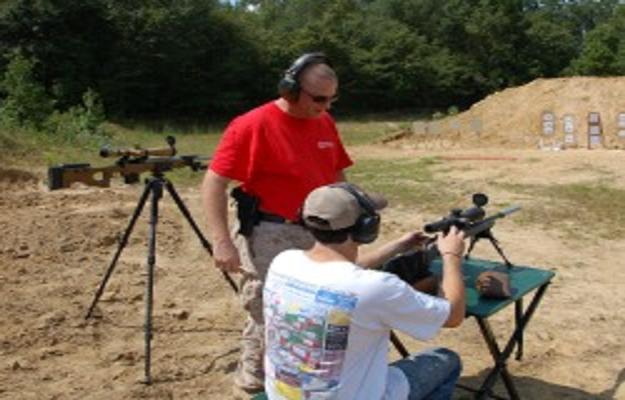 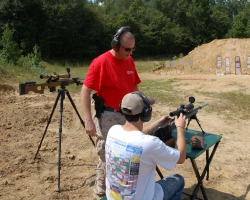 If firearms use figures into your prepping plan, then you need to learn how to use these tools effectively.  The secret to this is proper training and lots of practice.  There are no short cuts when it comes to learning how to shoot well, get on the target fast, shoot/no shoot decisions, change out magazines seamlessly  and do it all with safe handling procedures in the process.  So, who am I to put advice on SHTFBlog or Survival Cache about how to learn and train for shooting firearms properly?  Well, that is a good question and a fair one.  So here is a little background. 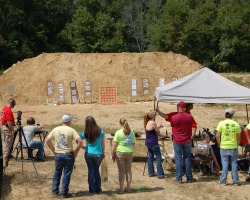 I am not a firearms expert by any means.  I am not in law enforcement, security work, and never served in the military.  I learned to shoot the old fashioned ways taught by a father who hunted and learned much of it by myself over the following 50+ years.  I have hunted all my life and have taken all kinds of game from small to big.  I have successfully hunted small game like squirrels, rabbits, dove and quail.  I have hunted waterfowl in freezing temperatures.  I have taken big game including copious white-tailed deer, elk, antelope, mule deer, and moose.  With my primary deer rifle a 300 WSM Browning A-Bolt, I have killed 15 deer with 16 shots, 12 of which were bucks over a number of seasons.  I have taken a bull elk at 400 yards and missed one at 10.  I’d say I was a pretty good shot over all.

At the age of 62, I took the state’s concealed weapons shooting course with a Beretta 92 and made the highest shooting score in the class of 25.  I shoot fairly regularly especially at deer camp in the fall where I have a 100-yard course of fire and a solid shooting bench.  However, I have never shot at or killed a human being.  Lord only knows, I never intend to and don’t want to.  But I am ready to do so in defense of my person and during the safe protection of my family.  My prep is for defense of my Bug In location or an alternative Bug Out site if I am driven to go that route.  I would like to think I am ready if anybody ever really is. 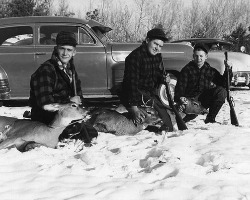 How did I get to be a pretty good shot?  At the age of six or so I got my first BB-gun and wore it out.  Later I got the hand-me-down Crossman CO2 pellet rifle.  Then I got my first real gun a Remington Nylon 66, 22LR, semi-auto rifle.  I wore that one out.  I got my brother’s .410 shotgun a Stevens bolt action, and later a bolt action Mossberg 20 gauge.  I took a lot of rabbits and squirrels with those guns.   I got an original Ruger Bearcat .22 when I was 12 years old.  As I grew up my mom gave me a Beretta 301, 12 gauge shotgun for college graduation.  I still have that one as my primary dove hunting smoothbore.  My first big game rifle bought in 1971 was a Winchester Model 94, 30-30 that I got at J.C. Penney for the huge sum of $66.  I killed my first white-tailed buck with that rifle.  And so on and so on.  Furthermore, I have taught hunter safety education in two states for over 30 years.  I have helped dozens of kids and adults learn to safely handle a firearm and then practice safe gun shooting practices.

I say all that to say I was lucky enough to grow up with guns in the house and around me all the time.  I learned to shoot by shooting.  I am still learning to shoot by shooting, albeit with a bit more sophisticated arms than in the early days.  But the basis of all this is two things.  I was taught gun safety at an early age and allowed to practice the skills to earn the trust of my parents to walk out the back 40 to shoot and hunt on my own.

Though you may not have been as lucky as me to have grown up in a rural environment where guns and hunting were second nature, you can still duplicate the process.  It may not be as easy these days where you reside, and perhaps your freedoms with arms have been suppressed somewhat by local and state laws, but never-the-less you can still buy a gun and learn to shoot it well in most any part of the country.  That is for now anyway. 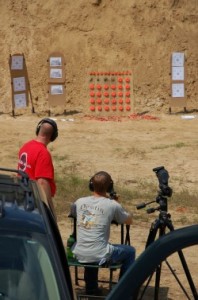 If you already own a gun, but don’t know how to shoot it, or if you have yet to purchase one, then I recommend you do this.  Get to a well-stocked sporting goods store or comprehensive gun shop that offers an indoor shooting range and shooting lessons.  Talk to several shooters about what types of a gun to buy be it handgun, rifle, or shotgun.  Study sections here at SHTFBlog or Survival Cache to help point you in the right direction.  Take your prepper plan into consideration when acquiring firearms.  Whatever you end up buying, please learn to operate it correctly, safely, and then learn to shoot it properly.  Sign up for a gun safety and shooting course first thing.  Learn how to disassemble and clean it.  After and only after you become familiar with your weapon and are comfortable with shooting it, take it to the next level by committing to a process of regular practice shooting as you can afford the time and expense.  I was recently at the local state operated shooting range working on an article for a magazine and doing photo work.  I noted an older couple comes onto the handgun shooting range line up.  The man took out a handgun, some kind of revolver like a .38 Special or something and showed the lady how to load it.

He handed her the gun and he offered some verbal guidance, but I could not hear what he was saying.  Over the next five minutes or so, she fired the five rounds through the gun at a metal stand up target.  He took it back, unloaded the empty brass, put the gun back in the case and they left the range.  Now what do you suppose I was thinking at that point?  Even without knowing how many times they may have repeated that process, I noted she did not load the gun.  Was it kept loaded at the house?  No clue.  Could she load it by herself?  No clue.  If and I could be wrong, she had only fired the gun that five times and that was all, do you think she was ready and proficient with that firearm to defend herself?  No clue, but I am guessing not.

I share that example as one not to follow.  Now could be they came to the range to do that once a week.  Though I think the shooting session should have been much longer with many more practice rounds fired, maybe that was her comfort level.  I realize you have to start somewhere.  The point is to start the process as soon as possible and make it a regular practice. 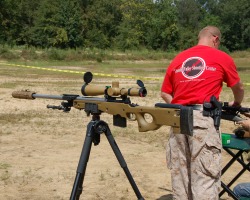 Once you are well past the basics of acquiring several firearms, completed a firearms safety course, a shooting instruction course, and maybe some other shooting classes, now is the time to work out a process of practical shooting practice on your own or along with your Bug Out team if there is one.  I have seen some groups use their Bug Out locations to set up walking shooting courses laid out through pathways in the woods.  The course may only be a hundred yards long, but along the way there are many different type targets posted.  Some may be steel plates, paper targets of all kinds, zombie posters, or whatever.  The idea is to walk along and ideally be surprised by the next target behind a tree, obscured by a bush, or around the next bend in the trail.   If you do one of these courses, just be creative and have some fun with it.

It can be made competitive by keeping all shooter’s scores, but the real value is just letting shooters shoot, change out magazines, shoot some more and repeat the process.  It should be fun, but serious, too.  Conduct the course with rifles, handguns, and shotguns.

Survival shooting is not about point scores, but real scores if the event turns into life threatening defensive protection of self and family.   That is when you want the hits to count most.  Of course, there are many other options for learning how to shoot, but as I said nothing takes the place of real practice.  As we have seen before, SHTF events can quickly turn into life survival issues, so be ready to react by being a well trained and experienced shooter.

5 Habits Of The World’s Best Shooters

Best guns to have when SHTF