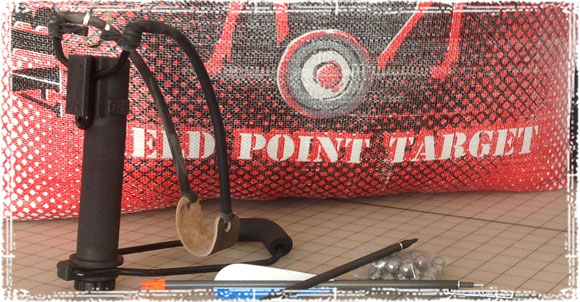 In today’s world of modern guns, compound bows and hunting equipment the slingshot is usually thought of as a child’s toy. In fact, that’s exactly what I considered them; that is until I got my hands on a new product called the “Survival Slingshot.”

While it’s certainly not going to take the place of any of my hunting guns, I was pretty impressed with the product and think it’s a great addition for those who have room in their bags.

The Lowdown on the Survival Slingshot

The Survival Slingshot is a 21st century slingshot that has more in common with modern bows than it does the slingshots of your childhood. Fitted with a custom rails system, this slingshot allows you to easily mount accessories like a tactical flashlight, a Whisker Biscuit for firing arrows, or any weaver accessory. 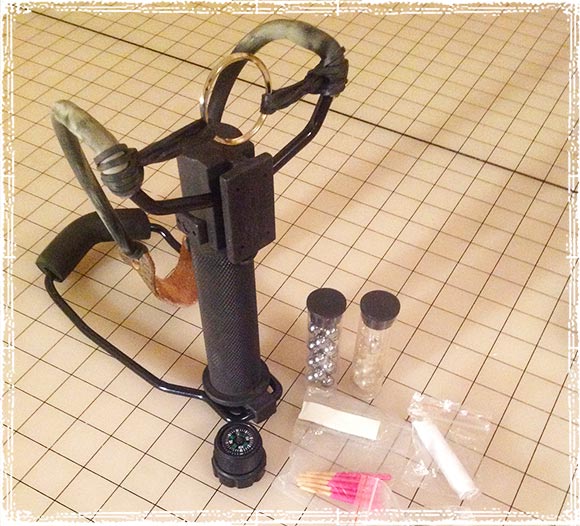 With a cast aluminum alloy handle, the slingshot doubles as a carrying kit for your ammo and some survival gear. When broken down, its compact enough and light enough to comfortably fit into pretty much any bugout bag or hunting bag. 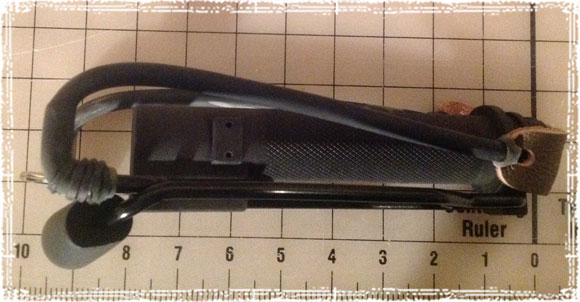 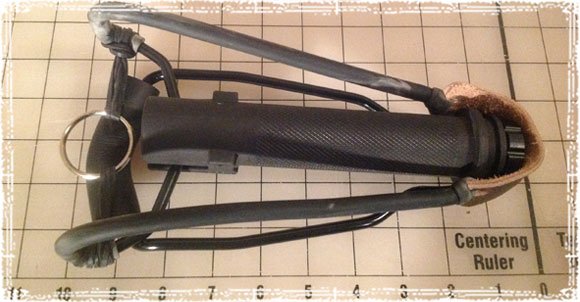 The handle is large enough to slide in two plastic tubes filled with either extra ammo, or the included survival gear. It’s then capped with a threaded compass. 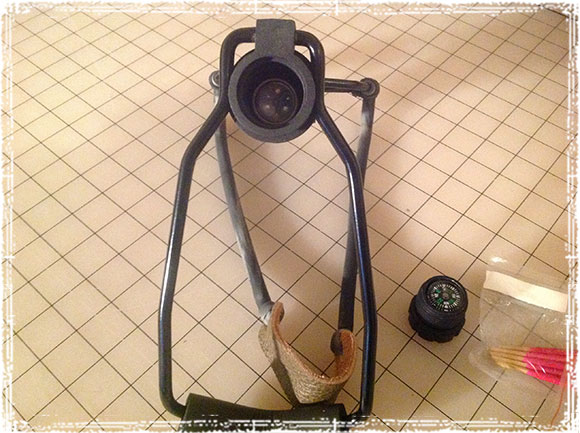 Overall Construction: This is not a child’s slingshot, and it’s unlike anything you’re going to find at a normal store. The slingshot itself is made with aerospace grade aluminum alloy and high strength steel, and fitted with a 25-pound-pull high grade surgical tubing band.

The moment I put this thing in my hands I was pretty darn impressed. This thing is solid, and it’s not at all what I expected. The quality and construction, combined with the lifetime warranty, make this the toughest and most reliable slingshot I’ve ever seen. I must emphasize, this is not a toy and is not something I would recommend giving to a child. It’s a serious tool that in the wrong hands can be a very dangerous weapon.

The downside to this, and any other slingshot you’re going to find, is the bands. While the included bands haven’t given me any problems, they can and will eventually fail. If you’re going to be carrying the slingshot, you probably want to carry an extra band or two. If you notice any cracking, or any signs of weakening, you need to swap out the bands immediately.

Shooting Accuracy: With practice, the Survival Slingshot is a real and even deadly accurate hunting tool. While I haven’t used it enough to call myself an expert, I was able to reliably hit my targets with accuracy and repeatability. One word of warning is to make sure you’re careful when shooting. This thing packs a punch, and the included steel ball bearings will ricochet if they hit a solid wall or solid object.

With the base model Starting at $50

, the Survival Slingshot is an affordable and a pretty darn reliable tool that can improve your chances of hunting during certain situations. Its compact solid construction makes it a great addition to any hunting or bugout bag.
by Off The Grid