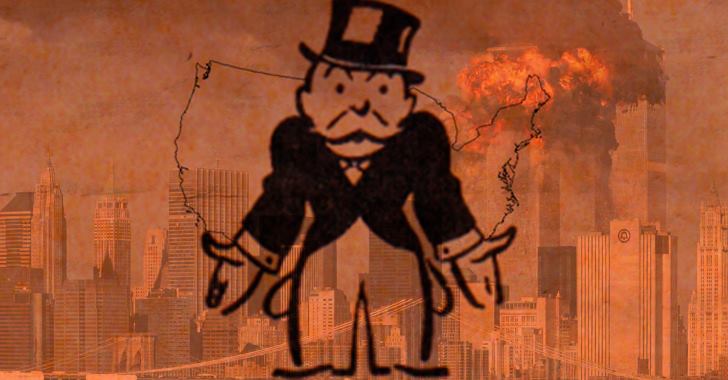 On September 11, 2001, one of the most tragic events in recent American history took place. Close to 3,000 civilians lost their lives in horrific terror attacks that took place on American soil. Fifteen years later, it is time to ask the question: have our counterterror efforts helped to reduce the amount of terrorism in the world? Or at the very least, have they tried to make the world safer?

According to a report released by Dr. Neta Crawford, professor of political science at Brown University, spending by the United States Departments of Defense, State, Homeland Security, and Veteran Affairs since 9/11 is now close to $5 trillion USD. Before we have the chance to ask how a country that has racked up over $19.3 trillion USD in debt can spend $5 trillion USD on war, the focus of this article is to ask: What has all of this spending achieved?

As Reader Supported News reported at the end of last year, terrorism has increased 6,500 percent since 2002 (they probably should rename it “the war of terror”). In 2014, the outlet noted, it was reported that 74 percent of all terror-related casualties occurred in Iraq, Nigeria, Afghanistan, Pakistan, or Syria. As stated by Paul Gottinger, a staff reporter for Reader Supported News, out of the aforementioned countries, “only Nigeria did not experience either U.S. air strikes or a military occupation in that year.”

Omitted from that assessment is the fact that the U.S. has been meddling in Nigeria for some time now. Why wouldn’t they? Until recently, Nigeria was Africa’s largest oil producer, as well as the continent’s largest economy until last month.

Hillary Clinton herself refused repeated requests from the CIA to place Boko Haram, the al-Qaeda and ISIS-linked terror group wreaking havoc across Nigeria (statistically they are far more deadly than ISIS), on the U.S. official list of foreign terrorist organizations.

Further, it was Hillary Clinton’s war in Libya that helped catapult Boko Haram into the menace it is today. In 2009, Boko Haram was a small-scale group with very limited weaponry. Following the invasion of Libya and the fall of Muammar Gaddafi, the Libyan armories were looted, and much of the weaponry was sent over to Syria. However, Boko Haram was able to capitalize on these looted weapons and the instability that rippled throughout Africa following the NATO-led war in Libya. As Peter Weber stated in The Week:

“[Boko Haram’s weaponry] shifted from relatively cheap AK-47s in the early days of its post-2009 embrace of violence to desert-ready combat vehicles and anti-aircraft/ anti-tank guns.”

Boko Haram is just one example of an unforeseen consequence, right? At least we removed a dictator who was going to massacre his own people in Libya, right? Despite one’s thoughts on Gaddafi’s moral compass, he was able to transform Libya into Africa’s most prosperous democracy with the highest standard of living on the continent. Since then, Libya has fallen massively in the U.N. Human Development Index ratings (in 2015 alone, Libya fell 27 places). According to UNICEF, there are two million Libyan children out of school in a country that is now plagued by militants, civil war, and extremism. What are the chances of those children out of school being swayed to join a militant group?

Last year, four former U.S. air force service members wrote a letter to Barack Obama warning him that the single most effective recruitment tool for groups like ISIS was the drone program being implemented across the Muslim world, courtesy of the president himself. In fact, three former U.S. air force drone operators have even backed a lawsuit against the state, brought by a Yemeni man who lost members of his family in a drone strike in 2012.

According to Oliver Stone and Peter Kuznick’s “Untold History of the United States”:
Sign up for the free Anti-Media newsletter the establishment doesn’t want you to receive

Still believe there is no relationship between bombing a country to death and the resulting extremist groups that emerge from the rubble?

It seems as though recent history is just repeating itself over and over — not to mention the cruel and unnecessary havoc unleashed on the people of Iraq and Afghanistan. As Ben Swann, an investigative journalist and outspoken critic of U.S. foreign policy, stated:

“Before the 2003 U.S. invasion, do you know how many suicide attacks there were in Iraq? None. In the country’s history there had never been one. But since the 2003 invasion, there have been 1,892.

“In Iraq, prior to the start of the Iraq war, there were reportedly just over 1.5 million Christians living in that country. And yet shortly after the war started, more than one million of them fled to Syria. That didn’t work out well. Today fewer than half a million Christians remain and yet are being exterminated by groups like ISIS.”

The list of ways in which the $5 trillion USD effort to stamp out terrorism has either caused more terrorism or done nothing remotely towards curbing terrorism is endless. Even College Humor, in their show “Adam Ruins Everything,” put together an informative piece on how the TSA is almost completely useless, having never prevented a single terrorist attack – ever.

Yet how much money has been flowing into these programs – and still is today?

It’s time for a realistic talk about our counterterrorism efforts. One can only assume the U.S. establishment is not genuine in their bid to fight terrorism across the globe given that they have continued policies that merely exacerbate terrorism and have created a world less safe for future generations.

The first step in preventing future terrorism would be to admit that our current strategy isn’t working. Anyone who believes otherwise — or who decides to run for president on the promise they will further expand these failed policies — is not only wasting our time, but will be wasting countless lives in the process.

The Lost Ways will make you completely independent in case anything happens. Hunting tricks described in the course will save you from starvation and malnutrition. Water preservation techniques and guides to natural medicine are also included in the program.Claude Davis, the author of the program, has the philosophy, which forms the core of this course. It consists of 3 main rules. One of them is based on the idea, that only you are the creator of your destiny and no one else. If any catastrophic event happens, it has to be you, who will stand strong and fight to survive during the harsh times.

One thought on “The US War on Terror Has Cost $5 Trillion and Increased Terrorism by 6,500%”